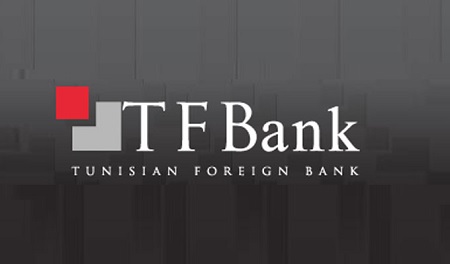 TF Bank, a French bank owned by Tunisian financial institutions and the Tunisian government, released its financial statements for the year ended December 31, 2017.

The bank achieved a net banking income (net banking income) of €1.85 million, recording a growth of 63% compared to the previous year when it amounted to €1.135 million and this, due to the 28.3% rise in operating income to €2.8 million, combined with a control of operating expenses that fell by 9.4% to €946 thousand.

Despite the significant improvement in the bank’s net banking income, its operating profit remained negative (€-403 thousand) due to the surge in general operating expenses which rose from €165 thousand in 2016 to €1.57 million at the end of last December, including €1.33 million which corresponds to the amount paid for the tax audit.

TF Bank has participated since its creation in 1977 in the development of economic exchanges and trade between Tunisia and France and accompanies the Tunisian expatriates in their investment projects.

A call for tenders for the opening of TF Bank’s capital on 49% of the share capital and voting rights of the bank (participation of the Tunisian State) in favor of a strategic partner was launched in November 2017.

The transaction that will be carried out through the sale of a block of shares and / or a capital increase has not been realized so far.