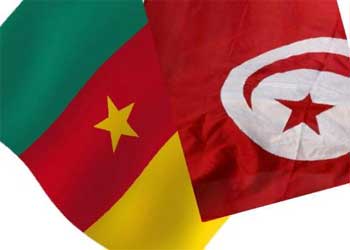 The Africa Business Council, CONECT International and UPMI are organizing, with the support of the Tunisian embassy in Yaoundé, a multi-sector prospection mission to Cameroon from April 4 to 7, 2016, said a statement.

After the multi-sector prospecting mission organized in late January to Mali, thirty Tunisian businessmen will travel to Yaoundé, as part of this mission, hoping to conquer the Cameroon market and find new markets for Tunisian products and services in this vast country under construction.

The program for this mission, which officially begins Monday, April 4, includes meetings at the highest level with the Ministers and senior officials of the Cameroon administration and with businessmen.

On the sidelines of this mission, two economic forums will be held, a forum on Monday, April 4 in Yaoundé to be co-chaired by Minister of Trade of Cameroon Luc Magloire Mbarga Atangana, and a forum Wednesday, April 6 in Douala, co-chaired by the Chairman of the “Groupement Inter Patronal” of Cameroon (GICAM) André FOTSO with the President of the Chamber of Commerce, Industry, Mines and Handicrafts in Cameroon (CCIMA) Christophe EKEN.

It is led by Bassem LOUKIL, President of TABC.

This business mission, which is in addition to those already carried out in other countries of the continent, will further strengthen economic cooperation between Tunisia and the African continent and promote fruitful relations between Tunisian and African investors.

Tunisia: QNB Tunisia increases its net profit by 70% in 201

Tunisia: Tunisair takes possession of its second A 330-200 Sidi Bousaid