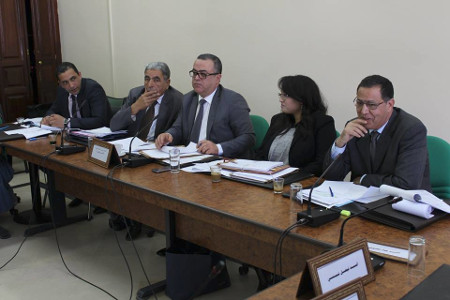 The bill on collective lands, challenged for several decades, has not stopped sparking controversy. Members of the Committee on Agriculture, Food Security and Trade, meeting on Thursday, March 24, 2016 at the House of People’s Representatives (ARP) in Bardo for a hearing with Minister of State Property and Land Affairs, Hatem El Euchi on that bill strongly criticized it.

MP representing Nidaa Tounes and member of that committee, Zohra Driss, expressed fears about the Land Court that will be responsible, as stipulated in the legislation governing collective lands, for resolving land issues. She expressed reservations about the management of land affairs by that court. “I say and I repeat that people do not trust such courts. There are risks of fraud and corruption, “she noted.

Other MPs strongly criticized the bill that gives governors absolute power in the management of collective lands.

Commenting on the criticism of members of that committee, Minister of State Property and Land Affairs, Hatem El Euchi, has insisted that over 350 thousand hectares of collective land still pose serious land problems. He, however, stressed that these problems are not new, but rather date back to the 60s. These farmlands already existed in several governorates, especially in Sidi Bouzid and Gafsa. Land problems for more than one million collective lands have been otherwise resolved.

The minister, in the same context, said the cases of collective lands that have not yet been settled will be transferred to the Land Court, which will be responsible for resolving the land problems of more than 350 thousand hectares of collective land.

He calls in this regard to strengthen the Land Court through the recruitment of new judges and strengthening its equipment to enable it to perform its tasks as soon as possible. “There is a lack in the number of judges responsible for land cases,” he assured.

The goal also is to enable the Land Court to resolve land problems of collective lands in a period not exceeding 5 years, stressing however that the Land Court intervenes only when the management commission is unable to resolve the problem.

El Euchi also pointed out that the composition of the collective land management commission and the prerogatives of the governor were set in response to the new constitution, heralding the launch of an agency for land revenue.

He, in this regard, announced that regional consultations on the draft law on collective lands will be held once the draft is submitted to a Cabinet meeting, noting however, that many make confusion about collective lands, even academics. According to him, collective lands are not owned by the state but are a collective property, without ownership certificate.

The Minister of State Property further said that a bill allowing young unemployed people to exploit certain lands in the domain of the State (or public land) should be submitted, by the end of the current month, to the approval of a Cabinet meeting to be held in this regard.

Unemployed young people may use this land for free or in the form of “rent” according to the situation. The aim is to help unemployed young people to start their own projects with the least cost. “Once reviewed by a Cabinet meeting, the bill will be submitted to the HPR for approval,” added El Euchi.

Tunisia: reinvigorated, AMS returns to the BVMT to do more. It...

G8 called upon to support transition in Tunisia through $34 billion...