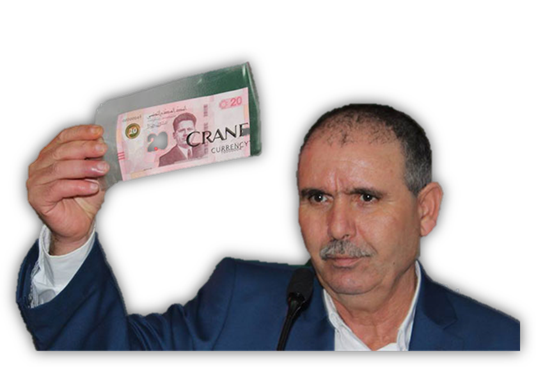 Noureddine Taboubi, S-G of the UGTT said recently on a private radio that 70% of taxes are paid by employees and the remaining 30% come from oil companies, insurance and telephone operators.

He also claimed that the rest of the economic enterprises, including doctors, lawyers and even journalists, only paid the remaining 5%.

Speaking the following day, on the private radio, Taboubi who was stung by the comments of the columnists of the RTCN while he was driving, repeated stating that he spoke “in a clear scientific framework”, that 70% of the country’s tax revenues come from employees, 90% of the remaining 30% are paid by 5% of companies that are oil companies, banks, insurance, telecommunications.

This tale of wage earners who would pay more taxes than any other Tunisian taxpayers is not new. It is found in all the elements of speech of the S-G of the powerful Tunisian trade union, every time he starts the negotiation campaign for new wage increases.

The truth is however quite different and Taboubi takes plays fast and loose in the explanation.

According to figures from official sources at the Ministry of Finance, the country would have some 2.3 million taxpayer employees in both sectors, public (including 630,000 civil servants) and private, whose taxes are directly withheld at source.

Let us also specify the rest of taxpayers, all professions combined, they are exactly 785,000 people, including 627,000 individuals, all trades combined, and 158,000 legal persons (LP) or companies…

In this total of the income tax, the wage tax was 3.968 billion DT for 3.2 million employees, hence the effect of the 70% that remains to be specified. It is not the amount that should be kept in mind, but the volume of employees.

A small calculator operation to divide the amount of 3,968 MD from payroll taxes by the total number of employees which is 3.2 million, would give roughly an annual tax of 1,240 TD per employee.

Who pays the most taxes?

The corporate tax has brought to the state 2,581.6 MD in 2017. To divide by 158,000 legal persons that are the companies, all sizes and sectors combined, we reach an average of a little more than 16,339 TD per legal person, knowing that the industrial companies which are the biggest employers are only 79.250 according to the INS.

On average, businesses pay more taxes than employees. It should be remembered that in addition to corporate tax, business owners also pay income tax.

In 2017, the tax on oil companies yielded only 740 MD as a result of strikes and other social movements, still supported by the UGTT, which impacted their revenues.

Companies, other than oil companies, including banks, insurance companies and others mentioned by the SG of the UGTT, paid a total tax of 1.841 billion in 2017, which is half of all what was earned from the wage tax.

The numbers are stubborn things, as they say.