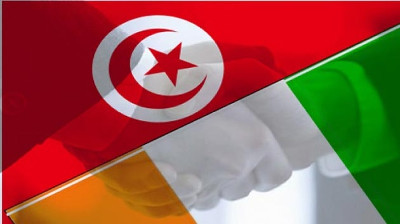 The agreements, signed by Kais Sellami, representing UTICA and Tarek Cherif, President of CONECT, on the Tunisian side and Alain Kouadio, President of CGECI, on the Ivorian side, aim to foster partnership between the two countries’ companies and establish a Tunisian-Ivorian joint business council.

He expressed the need to draw on the Tunisian experience, particularly in the areas of information and communication technology (ICT), banks, tourism, building and housing.

“Tunisia can build on its co-operation with Côte d’Ivoire to open to the Economic Community of West African States (ECOWAS) and to the West African Economic and Monetary Union which brings together 51 states.

They operate in 10 areas, including building, studies, health, higher education and tourism, she added, noting that the forum helps open prospects for investment and promote the business environment in both countries.

Tunisia is very interested in Côte d’Ivoire, a country with high growth standing as a gateway to an African market with more than 300 million consumers, also said Htira.
Director General of the Export Promotion Agency of Côte d’Ivoire, Guy M’Bengue said Ivorian development programs are based on industrialization.

“The choice of Tunisia is prompted by its competitiveness in the area of processing high value added products,” noted the Ivorian official.

Tunisia: reopening of airspace to Libyan airlines from Tuesday

Mohamed Ibn Chambas reiterates the support of the UN to a...