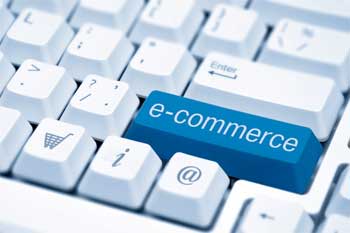 For years, policymakers have continued to assert that particular attention should be given to the sector of e-commerce due to its role in the development and modernization of the business sector in general. But this is far from being a panacea. “A real mobilization from them is still pending,” said Lazhar Bannour, Director of E-Commerce at the Ministry of Trade, pointing explicitly to a lack of real commitment to boost this type of trade in the country.

The ambient indifference raises a number of questions especially since it is a source of wealth and generates jobs. Why are officials turning a deaf ear and do not address this issue? Is it true that e -commerce is one of the solutions to the problems faced currently, including unemployment.

According to Lazhar Bannour, e-commerce should be the motto, if the ambition is to become a regional hub for trade and services. “Our added value lies not in the infrastructure or tax benefits, but our only advantage should focus on e-business which includes among other e- commerce, e – education, e -health, e-banking… while ensuring an effective presence on global B2B platforms, if we want to be an exporter country,” he said.

In support of his argument, Lazhar Bannour noted that over 10% of transactions under the global trade are done online while 50 % of niche products that are the strength and the export pool of Tunisia are made through these B2B platforms.

15,000 job positions could be created by e-commerce

According to Lazhar Bannour, e-commerce is a lever of competitiveness of Tunisian companies and an effective way to reduce unemployment.

“The number of e-commerce sites is estimated to be 750 and there are more than 50 electronic B2B platforms. These are encouraging figures that could mitigate the thorny problem of unemployment,” he has said, adding that this lever could generate more than 15,000 direct and indirect jobs.

As explanation, Bannour noted that “the e-commerce project could employ between 3 to 5 executives and even more in a single project, in addition to other services related to logistics and web marketing.”

According to him, the potential lies in the development of an industry of economic and commercial content for Tunisian SMEs dedicated to exporting companies and / or potential exporters. Indeed, this industry is likely to develop several trades such as web editor, web photographer, web manager, graphic designer … which are specialties based on the concept of dual skill.” Specialties that find difficulties to integrate into the labor market may find opportunities in this area by receiving short-term complementary training and working freelance.”

This would be very beneficial for young people who cannot afford to settle for their own account and / or youth in disadvantaged regions.

E-commerce: an effective weapon against parallel trade and smuggling

In addition to its contribution to the job market, e-commerce is an effective way to curb the scourge of parallel trade, while encouraging consumers to stop using cash in transactions. Because, the official added, “if we do not use cash, we could help finance departments to better collect tax by giving them the opportunity to identify the traceability of commercial transactions made in Tunisia.” But this is not the case in Tunisia since the use of cash is a means of tax evasion and even financing money laundering, said Lazhar Bannour.

In addition, he has advocated, managers must understand that it is time to intervene to promote e-commerce or also e-business, deemed necessary to modernize the retail sector. “If we want to transcend this phase, we can adopt the Canadian approach which is based essentially on all activities that are done via internet and smartphones,” said the director stating that Tunisia has not only a potential of flexible human resources that “can be upgraded,” but another advantage related to the cost because this field does not require huge investments.

Responsibility therefore rests with the new government that has not so far shown interest in this important sector, which unfortunately remains marginalized, lacking support and especially visibility. A sector that also remains under the influence of the private sector, which is little or no organized to positively lobbying to get things moving. Added to this is the limited role of Tunisian banks which only timidly finance e-commerce projects.

Jonathan: My vision is to make ECOWAS one family