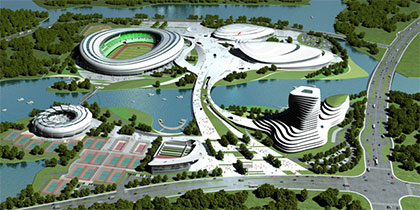 Tunisia Economic City (TEC) and ABC Technique FZE signed, on Monday, a Memorandum of Understanding to develop the first Information Technology hub in the African continent under the name ”Silicon Africa”.

The new project will be a fully integrated city within the upcoming Tunisia Economic City project on the eastern coast of Tunisia, MENAFN reported on its website.

ABC Technique FZE, an entrepreneur company specialized in IT turnkey solutions based in Dubai, will design, develop and manage along with its international partners a hub for IT ”Information Technology” and IOT ”Internet of Things” city to serve as a base for Information Technology for Tunisia Economic City, all of Tunisian country, North Africa region and later the whole of Africa.

”Silicon Africa” will be built over an area of 1.6 square kilometers (1,600,000 square meters) free zone within TEC. It will host regional headquarters and offices of companies working in the IT sector, data centers, IT research and development center, IT academy and training facilities, a residential complex of smart homes and an exhibition center to showcase the latest inventions in the technology field.

Mr. Nour Jabi stated the new Silicon Africa City was in planning for the past several months and his team is excited and honored to be part of Tunisia Economic City mega project.

”Silicon Africa will be a smart sustainable eco-friendly city built using cutting edge technologies in design and building and will provide many inducements to its residents like free highest-speed WiFi coverage all over the city and high end utilities and public transportation system”, Mr. Jabi added.

Dr. Riadh Khalifa Toukabri said ”We have seen the initial plan put by ABC Technique and the vision they have for the development matched with their capability to attract prominent IT companies from all over the world and we look forward for mutual cooperation to deliver Tunisia Economic City with the Silicon Africa as an essential part of it.”

Tunisia: Dräxlmaier kicks off its new plant with 2,500 new jobs!