HomeNewsTunisia, Egypt seek to increase their trade to $ 500 million
News

Tunisia, Egypt seek to increase their trade to $ 500 million 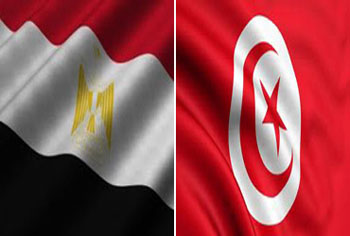 The Tunisian-Egyptian High Joint Committee which opens on September 8 in Tunis will seek to bring trade between the two countries from $ 317 million in 2014 to $ 500 million.

In a statement to MENA news agency, Egypt’s ambassador in Tunis Ayman Musharafa said the meeting, to be chaired by the two countries’ prime ministers, will discuss several political, economic and cultural issues in order to remove barriers to improved bilateral trade.

He added that 10 agreements and memoranda of understanding will be discussed at a meeting of trade ministers of the two countries prior to approval by the High Committee.

Politically, issues related to the latest developments of the situation in Libya will be discussed, the diplomat stressed.

Tunisia: inflation stabilizes at 7.5% in August