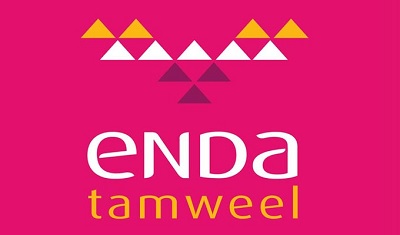 Enda Tamweel, on Saturday, announced three mobile counters in the governorates of Jendouba, Mahdia and Nabeul to enable micro-entrepreneurs to access micro-credit in isolated and disadvantaged areas.

The first of these counters starts its tour from the Jendouba agency on Saturday to serve Oued Meliz, Ghardimaou, Fernana and Aïn Draham. From January 10, the second counter will start serving Boumerdes, Karkar and El Jem from the Mahdia agency.

Finally, on January 21, 2017, the third window will start from the agency of Nabeul to serve Kelibia, Hammam Ghezez, Dar Allouche and El Haouaria.

It said that “these mobile counters will cross the roads to strengthen proximity with its current and future customers and expand its distribution network to micro-zones and douars that are difficult to access.”

According to it, “this new service will contribute to reducing financial exclusion and disparities between regions.”

The mobile counter is a new distribution channel designed to provide all the services of a conventional agency of “Enda”: loan applications, disbursement and repayment of credit, but also support for project holders “.

“For the safety of Enda’s customers and employees, all financial transactions will be ensured only through the e-dinar card or the Mobitamweel card and the telephone, in association with the Tunisian Post, “the company said.

Since its launch in 1995, Enda has granted micro-credits for a cumulative value of more than 2 billion dinars to some 650,000 Tunisian micro-entrepreneurs, half of them in rural areas.

Tunisia: MajestEYE, one of top 10 most innovative start-ups in Africa

2019 election year, between the deep-seated fear of Ennahdha and the...