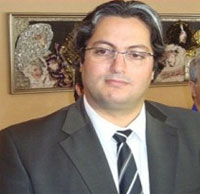 The energy situation in Tunisia remains difficult and close to being catastrophic. This is the conclusion of Nidhal Ouerfelli, Secretary of State for Energy and Mines who was speaking at the regular press briefing held on Wednesday 20 November at the seat of the Prime Ministry.

The current situation, according to Ouerfelli, resulted in the worsening of energy deficit which stood at 2% over the last ten months of the current year against 1.6% throughout 2012.

This deficit will worsen to 2.4% by the end of the year, according to him. .