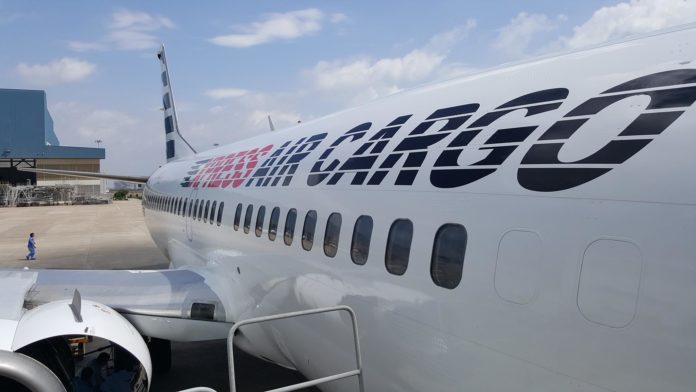 Twenty-one new routes will link Tunisia and several Central and Western African countries, including Benin, Burkina Faso, Cameroon, Cape Verde, Central Africa, Congo Brazzaville, DR Congo, Ivory Coast, Gabon, Gambia, Ghana, Equatorial Guinea, Guinea-Bissau, Guinea Conakry, Liberia, Mali, Niger, Senegal, Sierra Leone, Chad and Togo.
New air links will also be established with Egypt, Jordan and Lebanon in addition to Morocco and Algeria.
In 2017, Express Air Cargo planned to provide regular connections with Central and West Africa (Accra, Douala, Abidjan and Conakry) in addition to operating scheduled air services to France, Malta and Germany but a delay in the delivery of one aircraft and in obtaining traffic rights on some African countries was behind implementation not getting off the ground, Riahi highlighted.
Express Air Cargo, which operates three aircraft, will take delivery in Q1 of 2018 of three large Boeing 737-400 aircraft and will rent a fourth which will bring its fleet to a total of 9 in 2019, 11 in 2020 and 14 in 2021.
A Boeing 737-400 will be operated by late January and a daily flight will be scheduled from Tunis to Central and West Africa; one of the three other planes will be based in Douala (Cameroon) and the two others in Guinea Conakry, Riahi highlighted.
The company will operate flights from Douala to Gabon, Equatorial Guinea, DR Congo and Congo Brazzaville.
It will also operate flights to Western Africa from Guinea Conakry.

Tunisia: government has failed in its duty and must resign, says...