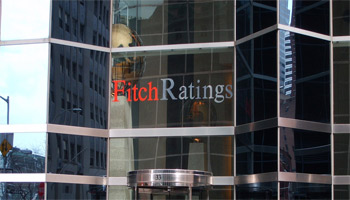 A delegation from the Fitch Ratings has sought, during a meeting with Finance Minister Elyes Fakhfakh, clarification on the situation of public finances and the state strategy to address the budget deficit, the Ministry of Finance said in a statement.

The delegation requested clarification on the level of implementation of the budget of in the year 2013 and the volume of debt for the year 2014.

During this meeting, which is part of the annual review of the assessment of the country’s external risks, members of the delegation also learnt about the state strategy in the field of subsidy and the situation of public enterprises including banks in difficulty.

The Finance Minister attributed the increase of the deficit to several reasons including the 50% increase in payroll since the Revolution, indicating that the budget financing through the issuance of Islamic Sukuk was also delayed after the adoption of its relevant legislation was deferred.

He pointed out, in the same context, that it was agreed with the International Monetary Fund (IMF), on the possibility of using the Stand-By-Arrangement to cover the shortfall in resources caused by the delay in issuing the Islamic bonds.

About the subsidy policy, the Minister noted that the state is currently conducting a study to determine the category that really needs the subsidy, both businesses as people, as well as appropriate methods of towards the needy people.

With regard to the capitalization of state-owned banks and firms in difficulty, Mr. Fakhfakh explained that the audit, which has already started for STEG, STIR and ETAP, will diagnose the situation of these companies and the strategic plan for their promotion to support their good governance and competitiveness, in addition to boosting their role in financing the economy.

The Minister also emphasized the content of the program of tax reform, which work started in early 2013 with the launch of the process of evaluation of the current situation, with the aim of defining the future strategy.

This strategy should be adopted in structural reform in order to develop the tax system, anchor the principle of tax fairness and to deal with tax evasion.

The rating agency, thus, relegated Tunisia to junk status, saying that the economic and political transition in the country takes longer and more difficult than expected and the risks associated with this process have increased.