HomeNewsTunisia: food imports are causing a lot of damage!
News

Tunisia: food imports are causing a lot of damage! 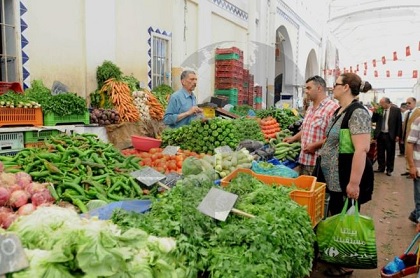 In a statement issued Wednesday, the Ministry of Agriculture, Water Resources and Fisheries explained this decline by the significant increase in the value of food imports by 21%, notably commodities which represent 74% of the of total imports against 68% in 2016.

At the end of August 2017, exports of food products reached about 2,037 MD (13% rise), in view of price increases by 27% and market diversification (over 70% worldwide destinations), including the Asian and Eastern European markets.

This is also related to the growth of exports of seafood (45%), pasta (7%), and fresh vegetables (15%), thanks to improved prices for geothermal tomatoes and other vegetables.

Olive oil exports rose slightly by 2% to 553 MD in value, despite the decline in exports by 19% in terms of quantity (60 thousand tons compared to 74 thousand tonnes) compared with the same period of 2016, due to the 27% increase in world prices.

In terms of export revenues for summer fruits, they rose by 31% to 45 MD compared to the previous season.

Some food products saw a decline in the value of their exports, including citrus fruits (-15%) and canned fish (-22%), despite improved production.