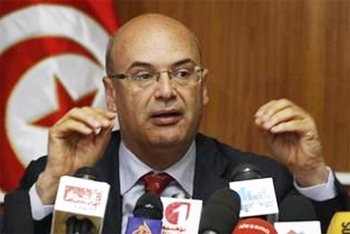 Minister of Economy and Finance, Hakim Ben Hammouda called on the House of People’s Representatives (HPR) to adopt the Finance Bill 2015 before the end of this year.

In an interview with TAP, the minister said this does not only involve the 2015 finance law, but also a set of crucial laws that have cost the state financial resources about 1,000 million dinars, including the law on the capitalization of public banks.

The delay in the adoption of this law and other bills of major importance prevented Tunisia from getting about 500 million dinars from the World Bank and a final instalment of a loan of 330 million dinars, planned as part of the stand-by arrangement with the International Monetary Fund (IMF).

In addition to this large deficiency in financial resources estimated at 1,000 million dinars, the state has not been able to mobilize for the same reason (not passing laws) 500 million dinars through Islamic Sukuk due to some shortcomings in the laws governing this financing.

According to Ben Hammouda, the government of Mehdi Jomaa has managed, despite the modesty of resources, to control the budget deficit and the large financial balances, conditions described as “essential” to ensure the effectiveness of the adopted economic policies.

The current government has also been able to stop the bleeding of the budget deficit by limiting it to 6% in 2014, he added. “This deficit could have reached 9% if the government had not taken the needed measures necessary, “said the Minister.

The Minister of Economy noted, regarding banking reform, that the government has implemented a new strategy bases on 5 main axes: restructuring public banks, the creation of a bad debt management company, strengthening the “Consignments and Deposits Fund (CDC) to be “the big right arm of the state,” the development of microfinance through granting licenses to ” Microcred ” and “Taysir” and support for the organization “Enda-arabe Tunisia.”

As for the fifth axis, it involves the restructuring of the SME financing bank that is facing difficulties, according to the Minister of Economy.

He stressed the need to expedite the adoption of the bill on the capitalization of state banks that has not yet been adopted by the Constituent Assembly.

Regarding the BNA (Banque Nationale Agricole), Ben Hammouda said the audit was completed and its results have been adopted by a Cabinet meeting.

As to financing, he said that 1,300 million dinars were mobilized for the capitalization of these banks, 500 MTD of which under the Finance Act 2014, 500 MTD as part of the supplementary budget law for 2014 and the remaining amount (300 MTD) will be mobilized as part of the 2015 finance law.

The strategy adopted for the restructuring and capitalization of banks will be implemented over three years, through a new system of governance and reorganization in human resources and also in the computer system, said the minister.

Ben Hammouda also spoke of the issue of public finance reform, indicating that the goal is to comply with international standards in this area.

The point, he said, is to develop budgets on a three-year rolling basis as part of a long-term economic strategy (20 years). “This will develop a long term vision for public projects and planned investments,” he said, noting that the government has already prepared a draft law in that direction and plans to submit it soon to the HPR.