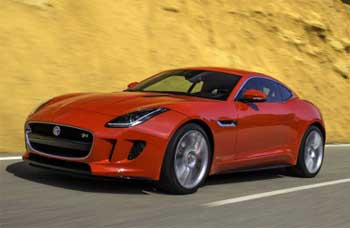 Jaguar Land Rover, a leading manufacturer of premium luxury vehicles, has posted a 36 per cent year-on-year (YOY) sales increase in the Mena region for the fiscal year April 2013 to March 2014.

The results are a continuation of the manufacturer’s year on year record breaking sales performance, with growth exceeding that of the overall premium passenger and SUV segments in the region, said Bruce Robertson, managing director for Jaguar Land Rover Mena.

“In a fiscal year when we introduced our strongest and most comprehensive line-up to date, whilst being awarded the most accolades in the company’s history, our performance in Mena is a phenomenal achievement, and one which firmly places us in the top five markets for Jaguar Land Rover globally,” he added.

“I am particularly proud that we have outperformed our competitors by delivering growth that surpasses the overall premium passenger car and SUV segments, testament to our stunning portfolio of products, unrelenting focus on design and technology, and dedication to exceptional customer service.”

Led by the continued popularity of the flagship Jaguar XJ, the luxury brand delivered record sales, up 21 per cent during April 2013 to March 2014 vs the previous fiscal. In addition, Jaguar saw the highest ever monthly sales recorded in March 2014, up 40 per cent vs March 2013.

Likewise, Land Rover proved that the region’s appetite for its luxury SUVs shows no sign of abating, with a 39 per cent increase in sales, making Mena the third fastest growing market and the fifth largest market for the brand globally.

Introduced in 2013, sales of the Range Rover Sport were up by 40 per cent, making a significant contribution to the brand’s strong fiscal performance.

Sales of the flagship Range Rover also grew by an impressive 119 per cent, with demand continuing to outstrip supply due to the overwhelming popularity of the vehicle which has led to longer waiting lists for new vehicle orders.

Notably, Land Rover Mena saw growth across all nameplates including the Range Rover Evoque, as well as the Land Rover Discovery/LR4 and Freelander/LR2, resulting in an overall increase in market share across the region, with sales records achieved across the GCC and North Africa including KSA, Kuwait, Qatar, the UAE and Morocco.

Tunisia: opening of a maritime line between Zarzis and Europe

Tunisia: Tunisair in the footsteps of Rayanair? Minister Ayara says what...