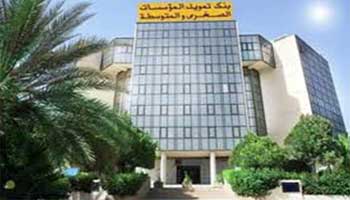 The number of projects funded by the BFPME (Bank for Financing Small and Medium Enterprises) posted a sharp decline during the first 7 months of 2013 to 122 projects with a total cost of 107 million Tunisian dinars (MTD), against 188 projects at a cost of 157 MTD, during the same period of 2012.

Projects financed by the bank helped create 1,587 jobs this year against 3046, during the same period last year, according to a bank report.

In a statement to TAP agency Hamdi Ksiâa, Director of Supervision, Diagnosis and Development in BFPME, said that among these projects, 51 are undertaken in regional development areas with a value of 63.7 MTD against 79 projects (79.5 MTD) in 2012.

The geographical distribution of projects shows that the Greater Tunis has the lion’s share with 417 projects.

700 projects have been established in the North East (Nabeul, Zaghouan and Bizerte), North West (Beja, Siliana, Jendouba and Kef) and those in the Central West (Kasserine, Kairouan and Sidi Bouzid) against 273 projects in the Center East and 243 in the South East (Gabes, Medenine and Tataouine) and South West (Gafsa, Tozeur and Kebili).

Once finalized, these projects, most of which (331 projects), are in the food industry and textile and clothing (211 projects), will create 41,000 jobs, i.e. 19 positions jobs per project.

According to a document from the bank, 145 projects have been undertaken in the area of chemicals and plastics industries and 132 projects in the industry of building materials, since the creation of the bank.

BFPME has not funded many projects in innovative sectors with high added value, noted the head of the bank, noting that the number of projects in the ICT sector is estimated at 104, while only 16 projects were created in the renewable energy sector.

Africa urged to base industrialization policies on regional orientation frameworks