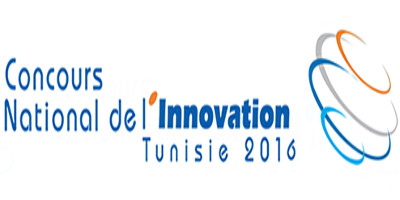 The Agency for the Promotion of Industry and Innovation (APII) is organizing under the aegis of the Ministry of Industry, in partnership with the Ministry of Higher Education and Scientific Research and in collaboration with Tunisian Confederation of Industry, Trade and Handicrafts (UTICA), the second edition of the National Innovation Competition (2016), said a statement.
The innovation competition concerns the industrial and industry-related service providers, academic institutions, research centers, laboratories and units (public or private), startup, young entrepreneurs and independent innovators.
Promoting the competition will be primarily through innovation caravan in the form of a bus that will tour 24 governorates.
The tour will start on February 24, 2016, with the organization of a day to promote the competition, sensitize businesses, developers and young people in the innovation concept and encourage them to mainstream the innovation approach to increase their competitiveness.
Applications for participation in the National Innovation Competition are available online on the site www.concoursinnovation.tn until April 8, 2016.
Share
Facebook
Twitter
Linkedin
Email
WhatsApp
Viber
Pinterest
ReddIt
Tumblr
Telegram
Digg
Mix
Print
Previous articleTunisia: Ooredoo to launch LTE commercial offer in a month
Next articleTunisia participates in “Mobile World Congress 2016” in Barcelona

Tunisia: Launch of prize to promote economic partnership in Mediterranean