Tunisia must prove that “there was no coup!” 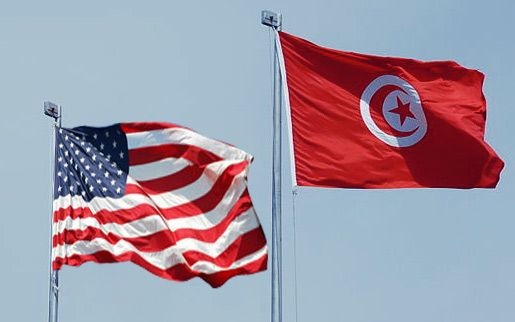 What happened in Tunisia on July 25, 2021 is far from being an exclusively domestic affair, because it also affects foreign relations, especially with the United States of America.

Indeed, for Tunisia to continue to receive financial assistance from the United States, it is required to submit a report that proves that the army has no relationship with what happened in the evening of July 25 and that it was not a coup. That issue and others pertaining to the long-standing relationship between Tunisia and the U.S. were the focus of a webinar on the theme “Tunisian-American relations: The fallback … and economic consequences, held by the Arab Institute of Business Managers (IACE) on Wednesday, October 20.

Political analyst and Director of the Columbia Global Centers, Youssef Chérif said in the analysis he delivered on this occasion that Tunisia must submit a report that proves that the army has no relationship with what happened on July 25 and that it was not a coup, so as to continue to benefit from financial assistance from the USA.

For his part, the country representative of the Center for International Private Enterprise in Tunisia, Ali Ayadi said the U.S. political system is different from ours and it is not made up of a single perspective. That is why it is necessary to give an image that is advantageous to Tunisia, knowing that there are many parties that can influence the U.S. on the issue of financial aid to Tunisia. “We are a country that gives importance to democracy and freedoms despite everything … “, he added.

On the issue of lobbying, Cherif said it is a strategy that exists most legally in the world in the United States, unlike what happens in Tunisia where we do not have the means to implement this practice.

“Everything is available online today, that’s why we must promote the image of Tunisia. The way this image is “marketed” is also extremely important, he stressed.

“For about ten years, there have been changes in Tunisia. In fact, if we make Tunisians active players in their country, there will be no more risks … “, said Cherif. A referendum is therefore necessary today, according to the researcher who stressed the importance of involving citizens and especially the youth among them.

According to Ali Ayadi, what Tunisia lacks is not democracy but a clear vision. “Clear vision is as important as democracy,” he argued.

For the past ten years, there was a hidden and invisible pressure on Tunisia to follow a democratic process, knowing that democracies take time to take shape,” he said.

Ayadi also spoke of the role of the Tunisian administration that must be at the service of citizens to facilitate their lives, which restores the image of the country.

In fact, he stressed, Tunisia has begun to build a democracy that has not been completed. “We have held elections, we have established a parliament, but we have not been able to put in place objective and impartial media, or institutions to serve the citizens … “, he said.