Tunisia: New linkages to curb unemployment, according to Naoufel Jemmali 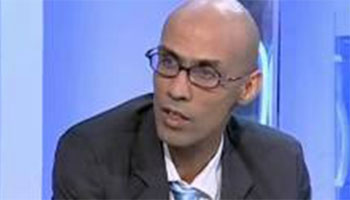 To curb unemployment, the Ministry of Vocational Training and Employment is taking numerous initiatives by moving towards different partners and sensitizing members of the civil society to put itself in the front line to find sustainable solutions.

The interest of that Ministry has also focused on the promotion of entrepreneurship, considered another solution for this serious problem reflected in unemployment rates steadily decreasing from one from one year to another, especially in interior areas.

Premiums were put in place to meet this challenge. This is the case for funding micro-projects whose cost is 20 thousand dinars. This is a strategic approach that has mobilized more than 65,000 young people who want to create their own projects. Only 5,000 were accepted and have a chance to set up their own projects in regions where they come from.

What about the others?

In such a situation, the ministry has not given up while reflecting on ways and means to stimulate private investment mainly for young graduates.

The resort to the support organization, BTS, was the best solution to deal with this. The two parties agreed to reach out to these young people. The objective is to promote entrepreneurship especially with the bank’s decision to cap its funding projects graduates to 150,000 dinars.

Four partnership agreements were signed on Thursday May 23, with a cost amounting to 120,000 dinars. The first agreement provides for the creation of micro-projects over a period of five years (2013-2017). The second aims to support cohesive societies. The third seeks to contribute to the adoption of self-financing through a premium of no more than 5,000 dinars to create small businesses, while the last agreement relates to the contribution to small business funding thanks to a line of credit approved by the BTS for the Ministry of Vocational Training and Employment.

Speaking on Thursday at a press briefing held in conjunction with the BTS, Naoufel Jemmali, Minister of Vocational Training and Employment, said he was excited about the process which plays a key role in employment.

The initiative is certainly encouraging, but many failures were reported and have delayed the announcement of the results of the competition on the allocation of these premiums.

He cited among the shortcomings, the distribution of premiums among regions and which has not taken into account rising unemployment and the deterioration of living standards in some inland areas.

Similarly, abuses have been registered in the records of applicants. The list of applicants comprised people receiving regular source of income or public servants.

Worse, failures have affected the work of associations, which have not assumed, according to the minister, their responsibilities in supporting young entrepreneurs.

Good governance is a strategic choice

To fill the gaps, criteria have been established, targeting not only young entrepreneurs but also associations that will be responsible for supporting them during the implementation of their projects.

In the same vein, the minister stressed the importance of good governance, which remains a priority for the fulfillment of this mission. In this regard, a committee will be established to monitor the results of agreements signed with the BTS.

This is a considerable challenge and the role of the ministry is to provide linkage and shift from a distributor of premiums, according to Naoufel Jemmali, to a strategic player in the promotion of employment. This will succeed only through a strong partnership between the various stakeholders together with a serious social fabric able to meet this challenge.