HomeInterviewTunisia: unemployment rate will drop to 14% in late 2013, according to...
Interview

Tunisia: unemployment rate will drop to 14% in late 2013, according to the Minister of Employment 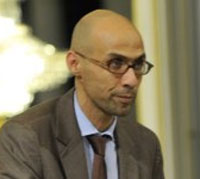 Naoufel Jammali, Minister of Vocational Training and Employment said the National Employment Strategy is not a goal but a tool that will help find solutions to the problem of unemployment. For him, a participatory dialogue between the different stakeholders is important to address this challenge.

How much progress has been made in the national employment strategy?

Before being appointed Minister of Employment, I was among the group that has worked on the national strategy for employment. I take this opportunity to recall that the development of that strategy took place in a little tense atmosphere especially in our relations with the main labor union.

Moreover, the development of this strategy coincided with the social contract. This coincidence has resulted in relevant interactions.

In terms of form, the document on the strategy is large, consisting of 200 pages. It was found that it is important to work on a reduced and specific document so that it would affect several key players.

Our focus today is to look at the writing that requires verification. In this context, discussions were held with representatives of the UGTT. An agreement was reached under which the strategy will be a component of the social contract. With this approach, I think it is more likely to be activated since it will be adopted by the Government and social partners.

How is this approach participatory?

have seen that there are no problem for its reconsideration, in the presence of all stakeholders and social actors. This is the starting point to initiate a participatory dialogue around this issue.

With this dialogue, I remain optimistic about the role of this strategy by facilitating the tasks even if there will be changes in content.

What are your current actions?

As far as we are concerned, we thought it was time to start with things that do not require such consultation. We started with the restructuring of the Ministry of Employment and Vocational Training.

Although it is not directly related to the interests of our job seekers in the current context, I think it is a strategic step because of the structure of the department which was the victim of confrontations and appointments that took place under the former regime.

In my opinion, the administrative structure of the Ministry does not meet the challenges of this stage and the projects that are in progress. Worse, this structure in place was not designed to achieve the objectives set. For this reason it is necessary to address the issue of restructuring.

Regarding other strategic points, I say we cannot advance in an omni-directional way. Today, strategies should be reviewed in a participatory manner.

I think the national employment strategy is not a goal but a tool that should be accepted by the various stakeholders. This is why I prefer to have time to be able to implement it properly.

Have you set a specific date to start negotiations with the social partners?

Actually, we have agreed on the principle, but there are modalities for the committees to meet. To date, we have not received a formal request to hold the first session. However, I can say that there is a strong commitment from the government and social partners in the implementation of this project, with a shared interest in creating a national council for the national dialogue.

Are there other projects?

Along with this strategy, we are working on an action plan to reform vocational training. Relevant works will be completed in late June. The results will be announced during a press briefing.

These works have focused only on social partners and international experts and partners given the technical nature of the training. The aim is to develop a roadmap guiding the restructuring of the system of vocational training, in collaboration with other ministries (Ministry of Higher Education, Ministry of Education etc…). Moreover, decisions will be made and will be implemented starting from this year.

Regarding decisions to be taken, can we get a first impression?

For now, we can not communicate, because the document is still subject to change. As I mentioned, the final validation will take place in June.

Let us talk about the latest statistics released by the INS on the decline in unemployment. Much controversy was aroused concerning statistics of that institute. Can you please clarify?

Today, I think there is a problem of credibility in unemployment figures and rates unemployment rates which may be higher, in contrast to statistics published by the INS.

Today, there is a single truth and the only source is the INS. It is the unique body entitled to provide information.

Those who give other versions, we call on them to mention their sources in order to dispel any misunderstanding and end any controversy.

It is true that we have a crisis of figures, and it is justifiable in the absence of a reliable information system. Added to this is the identification method adopted by the INS, which was the victim of pressures practiced during the regime of Ben Ali.

Instead of discussing the credibility of the figures, it would be desirable to open a debate to find appropriate mechanisms for credible figures. Moreover, among the recommendations suggested in the National Employment Strategy there is the creation of a national committee of statistics, which should be constitutional.

What about cutting the unemployment rate by 0.2%? Is this rate achievable?

It is a figure in line with the economic data for the first quarter of the current year, which remain a source of concern, especially with the fall of the foreign investment rate and the disruption of economic activity. This had an impact on the unemployment rate in comparison with the last quarter of 2012.

It is normal that unemployment experiences a decline and this for many reasons. Tunisian should understand that the Tunisian economy, unlike other economies, is an easy economy that has the ability to recover.

The decline in unemployment is a positive sign that prompts us to combine efforts. However, the employment problem is not only the mission of the Ministry of Employment but it is also dependent on the stability of the political vision and recovery of investment.

What are your estimates of the unemployment rate?

With these efforts, we believe we will be able to cut the unemployment rate from 16.5% currently to 14% by the end of the year.

« As Voyages » says will not let down Tunisia destination