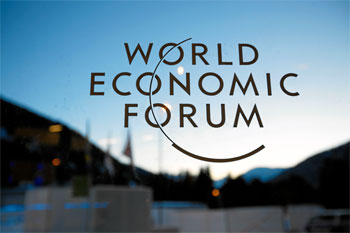 The World Economic Forum (WEF) has issued its Human Capital Report 2015. Tunisia is ranked 98th out of 124 countries with 58.21 score at the overall index.

Structured around 42 indicators, the index identifies the positioning of countries around the world in terms of optimization of the economic potential of the labor force in the long-term.

This year’s ranking is dominated by Finland, followed by Norway, Switzerland, Canada and Japan, when Belgium closes the top ten. France is 14th and Spain 41st.

Regionally, Israel came on the top of the list in the MENA region. It is followed by UAE and Qatar, while Morocco is eighth ahead of its North African neighbors: Tunisia (world’s 98th) and Algeria (114th worldwide). “These three Maghreb countries share almost the same strengths and weaknesses,” note the authors of the report, emphasizing that their population aged 15 to 24 years is marked by a high diversity of talent, while recording high unemployment rates and a low enrollment in university education and professional training programs.

According to the WEF, states must be able to make the most of their people, any age group confused, so that their expertise can benefit the economy.

According to authors of the report, such an approach would not only push the economy forward, but also contribute to the welfare of citizens. They believe even that governments should adopt more inclusive measures enabling youth, women, older workers having the desire and potential to contribute to the economy to come forward.

The Human Capital Index 2015 “shows that all countries, rich and poor, need to optimize their human capital and calls for the development of a new growth model centered on people,” said Saadia Zahidi, co- author of the report.

Moreover, in the preface to the document, Founder and Executive Chairman of WEF, Klaus Schwab, says: “Talent, not capital, will be the key factor linking innovation, competitiveness and growth in the 21st century.” He calls on businesses in each country to “re-think their role as a consumer of ‘ready-made’ human capital to proactively seek out, engage and develop people’s potential. “

Tunisia: BNA Bank makes profit of more than 71 MD in...