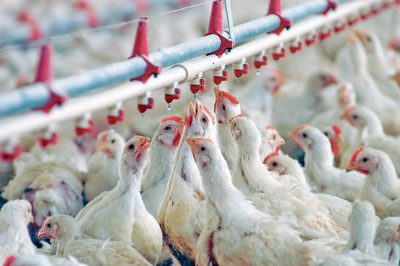 The poultry sector in Tunisia has recorded losses estimated at 500 million Tunisian dinars over the past five years, Fethi Ben Khlifa, Secretary-General of the National Federation of Poultry Farmers at the Tunisian Union of Agriculture and Fisheries (UTAP) said in an interview with African Manager Monday, February 22.
He further said that poultry slaughterhouses posted losses estimated at 350 million dinars, explaining these losses by overproduction and the various terrorist operations in Tunisia in 2015.
Add to that the degradation the purchasing power of citizens which has dropped by 40%, according to him.
Share
Facebook
Twitter
Linkedin
Email
WhatsApp
Viber
Pinterest
ReddIt
Tumblr
Telegram
Digg
Mix
Print
Previous articleTunisia: launch of incentive program for creation of micro-enterprises by graduates
Next articleTunisia maintains strong presence in Dubai GulFood 2016

Egypts water needs will surpass its resources by 2017