HomeNewsTunisia: preferential trade agreement with Algeria enter into force from next March
News

Tunisia: preferential trade agreement with Algeria enter into force from next March 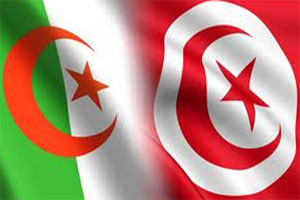 The preferential trade agreement between Tunisia and Algeria adopted Saturday by the High Joint Committee held in Tunis will come into force from next March and is likely to increase the volume of trade between the two countries and the development projects of the border areas discussed at the meeting will help improve the living conditions of population of these regions.

Bilateral relations cannot in fact be enhanced in terms of complementarity and strategic partnership, if the two countries do not invest in border areas, said Tunisian Prime Minister at the end of work of the High Committee.

He praised the efforts of the governments of both countries to provide a legislative framework favorable to the achievement of sustainable economic partnership and noted that security cooperation has to cope with the dangers in the region , citing, in particular, the spread of terrorism , smuggling and transnational organized crime.

Works of the Tunisian-Algerian High Joint Committee culminated in the signing of several cooperation agreements.