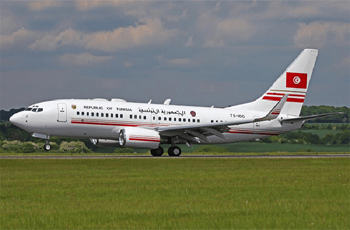 This is one of the two presidential aircraft ordered by former President Ben Ali (1987-2011), the source added.

Currently parked at Bordeaux airport, France, this plane costs the state exorbitant amounts and could see its value deteriorate.

The Cabinet has not yet decided on the second presidential aircraft type Boeing 737, which will probably go on sale later.

The cabinet had met for the first time at the Carthage Palace, under the chairmanship of President Beji Caid Essebsi.