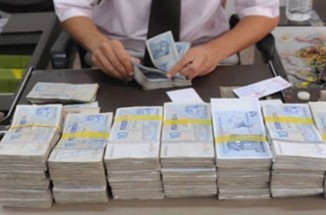 The overall total deposits in Tunisian banks grew 2% at the end of June 2016 to 51 449 million Tunisian dinars (MTD), compared to December 2015. Retail deposits, described as stable, have seen the best developments compared to institutional deposits, considered more volatile, according to the Annual Report on Banking Supervision 2015 published by the Central Bank of Tunisia (BCT).

According to the document, this sharp decline is due to the “tightening of the treasury of some institutions, including pension and social security funds”.

Regarding retail and corporate deposits, the report shows the rise of these deposits by 3% and 4.4%, during the first six months of the current year, to 26,842 MTD and 12,503 MTD.

The BCT explained the positive development of retail deposits by the entry into force of a new liquidity ratio (November 2014), which “makes it possible to overcome the deficiencies of the old ratio … that did not take into account off balance sheet commitments “.

“Since the introduction of the new liquidity ratio, outstanding treasury bills, which are the most liquid assets, are growing at an average monthly rate of 2.4%, or 33% annually. Consequently, the share of these securities in the total assets increased from 5.6% before the ratio came into force to 7.6% at the end of June 2016.

This evolution is explained by the qualification of treasury bills as Level 1 liquidity assets “(…), prompting banks to hold these assets to improve their liquidity ratio.

In addition, the Central Bank underlines that the share of loans to customers has maintained its dominant position in banks’ balance sheets (67%).