HomeFeatured NewsTunisia-SITS: conflict of shareholders and sale of apartments, still in collateral at...
Featured News

Tunisia-SITS: conflict of shareholders and sale of apartments, still in collateral at banks! 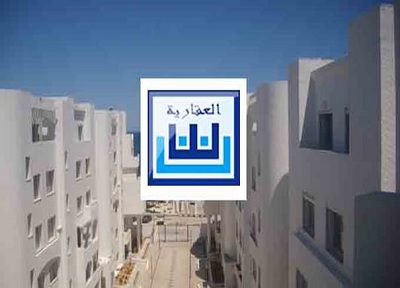 At the end of June 2016, the net result of this real estate company (SITS) listed on the Tunis stock exchange was a deficit of more than 1 MTD, a loss that more than doubled compared to the same period of 2015 (-492,693 DT).

In the report of its Auditors, it is noted that “we have been informed of the existence of irregularities committed by the former DG during the years 2011, 2012 and 2013.

The SITS has introduced 3 complaints to the public prosecutor of the Court of First Instance of Tunis, dated June 16, 2016, June 30, 2016 and August of the same year. And it turned out that the sums withdrawn by the person subject to the complaint is 300 thousand TD “.

Since then, the former Egyptian DG has been dismissed, replaced by one of the small Tunisian shareholders and is the subject of judicial inquiries with prohibition to leave the territory. As at September 30, 2016, the company where two Saudi companies, a Tunisian bank and other Tunisian private companies are shareholders, has published nothing for its shareholders.

We have tried to find out more about the new management, which refuses to communicate what is happening there, in disregard of its shareholders and contrary to all its obligations to these shareholders.

The information available to us, from sources very close to the file, say that there have been some misconduct among the main shareholders from the forced departure of the former DG and his summoning by the Tunisian justice.

According to our information, the former chairman of the board of directors would like to resume his place after his first resignation, officially last June, following the departure of the former DG. The Saudi, whose luxury cars (including a 430-thousand-dinar Mercedes used once a week) that was made available to him by the former management had been sold, would also like a redevelopment of the company’s offices to build a special new wing for himself.

This attempt to regain control of SITS (a company under Tunisian law where the former DG was Egyptian, the financial comptroller Sudanese and the chairman Saudi) through an administrative “trick” (we will say no more, the case being brought to court) took place after a formal flaw in the meeting of one of the board of directors of the company.

The trick was discovered and the Saudi shareholders tried to intervene in diplomatic and even political matters to tip the balance with their opinions and to take over the company under their direct management, while they do not hold the majority of the company’s capital (52% of the capital is Tunisian).

Selling what’s still in collateral is it normal?

In the meantime, the SITS, which has heavy arrears to its main creditor – the Stusid Bank – and which are not new but known for years, continued a certain practice, far from being commercial. At least until the end of 2015, SITS continues to sell apartments in residences already given as collateral to banks, according to the Auditors’ report (see our table above).

Revenues are used to repay creditors other than the Stusid (this applies in particular to the “Chatt El Kantaoui” residence in Sousse. The situation of the SITS with its creditors may have changed in the meantime, but the company has never communicated on this subject); the real estate company remained indebted and could not release the bank guarantee and complete the process of title deeds. Even if the practice would not be completely illegal according to some, it is nevertheless true that in case of problem, it is the bank that has the hand to sell in case of need, the property still being in guarantee in spite of their purchase by private individuals. This explains why a very large number of buyers, at least of this residence (no information for others since the company is refusing any communication on this subject), did not manage to have their definitive titles, long years after the legal registration of their deeds of purchase with the real estate company.