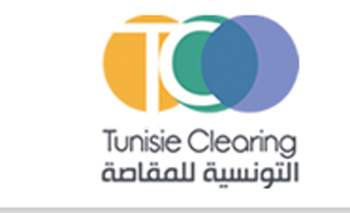 STICODEVAM has changed its name and became “Tunisia Clearing” from November 14, 2014, on the occasion of its 20th anniversary.

“With the support and contribution of all stakeholders, regulators, directors, shareholders, members, senior management and staff, Clearing Tunisia has managed to carry out missions in its favor by internationally renowned institutions and firms” said Jamel Hajjem, Chairman of the Board of Directors of Tunisia Clearing.

For his part, Maher Zouari, CEO of the Central Depository, said “Tunisia Clearing has traced its path with determination and become a pillar of the Tunisian capital market.”

Tunisia Clearing has assigned itself three missions: centralized storage of Tunisian securities, “a major asset in promoting confidence in investment,” the management of the payment/delivery system that ensures the successful completion of transactions under standardized deadlines and finally the management of securities transactions.

Faisal Derbel: Time is not for tax reform due to absence...