Tunisia: Thomas Cook extends cancellation of bookings by one month 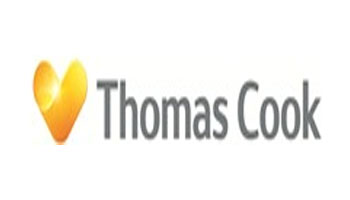 Thomas Cook has extended the cancellation of its bookings to Tunisia by another month.

In August Thomson and First Choice extended the cancellation of flights to the North African country up to and including March 22, 2016 while Thomas Cook cancelled all booking until February 13, 2016.

However, Thomas Cook has now announced it too has cancelled all bookings to Tunisia up until March 22.

The Foreign and Commonwealth Office (FCO) is advising against all but essential travel to the destination, following an attack on holidaymakers staying near Sousse in June. A total of 38 people were killed in the attack, including 30 Brits.

Thomas Cook said in a statement on its website that the extension has been decided as there has been no change to FCO advice and it has been given “no clear indication as to when the FCO travel advice may change”.

Tunisia lifted the state of emergency on October 2.

Thomas Cook customers due to travel up to and including March 22 can cancel or amend their holiday free of charge or change their booking to “another popular winter sun destination” with one £50 holiday voucher per adult.

Those who want to re-book for a summer 2015 or summer 2016 holiday will also be offered free amendments to an alternative Thomas Cook holiday of their choice, paying the price difference if there is one.

The operator said it plans to restart its flight and holiday programme to Tunisia from March 23, operating 12 flights a week departing Wednesdays and Sundays. However, this is dependent on current FCO advice changing.