Tunisia: strong rebound in tourist flows, but still less than in 2010 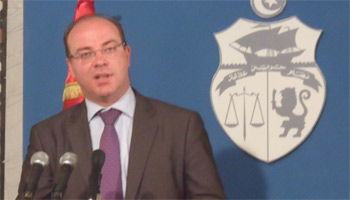 “Much affected in 2011, the tourism sector is showing positive signs,” Elyes Fakfakh, Minister of Tourism, said at the regular meeting of the Prime Ministry held Friday.

With regard to tourism earnings, the sector generated 1.1150 million dinars, which corresponds to an increase of 36%.

The number of overnight stays rose, in turn, to 10 million 900, which corresponds to an increase of 34% compared with the same period the previous year. Despite this increase, the margin remains negative over 2010, the base year (-20%).

In terms of source markets, the Minister noted that improvement was recorded. Indeed, the behavior of Belgian, British, Libyan and Scandinavian markets is considered encouraging for this summer season, reaching the same numbers in 2010. Similarly, Swiss and Czech markets continue to improve, achieving a growth of 40% and 20%, respectively.

However, a considerable decline was posted at some markets like Germany, Algeria and France in particular with a decline of 30%. Tunisia is determined to invest in this traditional market to regain lost ground and ensure the entry of 512,000 French who visited our country during the same period in 2010. It is important to note in this context, that almost 40% of French people have expressed their wish to spend their holidays in Tunisia, according to a poll released recently on the perception of the image of the post-revolution Tunisia in France and its impact on tourism in Tunisia.

Improving the security situation and ensuring the environmental cleanliness are among the major factors in the promotion of tourism in Tunisia after the January 14.

For the month of Ramadan, Elyes Fakfakh, said that a decline will be posted in the influx of Algerians and Tunisians themselves in the absence of a clear strategy. This is why efforts continue to find such a vision, governing tourist activities during that period.