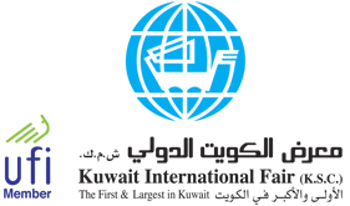 Tunisia is taking part in the first edition of the Kuwait International Fair (KIF) held from February 21 to 27, in Mishref, Kuwait.
This first edition of KIF was inaugurated by the Minister of Commerce of Kuwait in the presence of CEO of the Export Promotion Center, Aziza Htira.
The Kuwaiti Minister visited the Tunisian stand expressing his admiration for the exhibited products. He also said that the fair will certainly give an idea about the development experienced by Tunisia, calling for drawing on this kind of events to strengthen the presence of Tunisian products on the Kuwaiti market.
On the sidelines of the fair, meetings between Tunisian and Kuwaiti business leaders were organized to foster partnerships.
The national pavilion, which covers an area of ​​54 m2, features the participation 6 Tunisian companies operating primarily in the handicrafts sector, services, electrical and mechanical industries and food industry.
Taking advantage of her visit to Kuwait, Aziza Htira held talks with several Kuwaiti officials including the president of the Chamber of Commerce and Industry of Kuwait, and the heads of cooperative associations in Kuwait.
The meetings focused particularly on cooperative relations between the two countries and ways to further strengthen them in various fields.
The volume of the Tunisian-Kuwaiti trade has reached so far more than USD 100 million.
Share
Facebook
Twitter
Linkedin
Email
WhatsApp
Viber
Pinterest
ReddIt
Tumblr
Telegram
Digg
Mix
Print
Previous articleTunisia participates in “Mobile World Congress 2016” in Barcelona
Next articleTunisia: Club Med back to Djerba