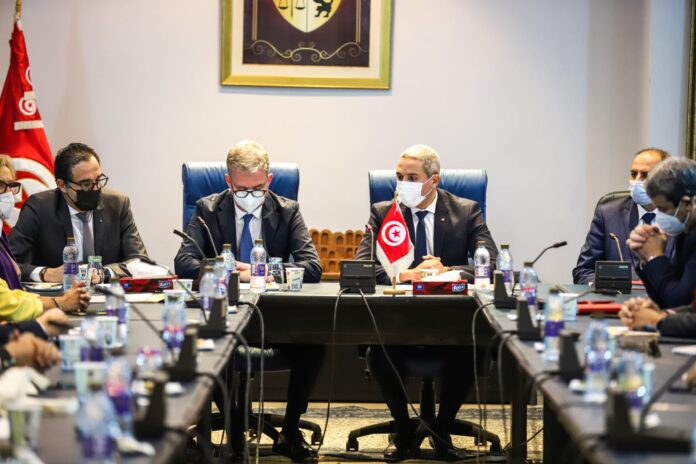 The German Travel Association “Der Deutscher Reiseverband” (DRV), a leading European association of tour operators, plans to organize its destination forum in Tunisia in early 2022, with the participation of about 100 German travel agents, tour operators and journalists, announced its President Norbert Fiebig.

The goal is to further promote the Tunisian destination in Germany, Fiebig said during his meeting on Wednesday with Tourism and Handicrafts Minister Moez Belhassine.

The meeting was an opportunity to discuss ways of supporting the Tunisian destination on the German market amid the post-COVID recovery of the tourist activity.

The German official considered that Tunisia is among the sought-after and preferred tourist destinations for German tourists.

He added that the delegation will visit a certain number of Tunisian regions to discover and identify the main tourist foundations and inspect the health protocol adopted by the sector’s professionals.

The Minister of Tourism said this visit will serve to further promote the Tunisian destination in Germany and in Europe in general.

It will also offer the opportunity to the delegation to discover the potentialities of alternative, ecological and cultural tourism in many Tunisian cities, in the Tunisian desert, in addition to handicrafts and seaside tourism, Belhassine added.

The delegation was briefed on the health protocol enforced in museums, archaeological sites and other tourist attractions, it was pointed out.

The tourism professionals’ vaccination rate varies between 90 and 100%.

Tunisia: CTN reports decline in passenger and vehicle traffic in 2015