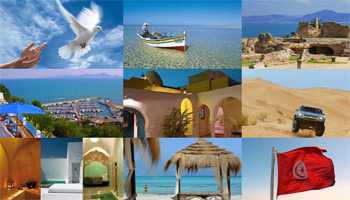 The number of tourists to the end of September 2012 reached record figures exceeding the five million mark while revenues peaked at 2.4 billion dinars.

In terms of employment, the tourist season has offered more than 400 thousand direct jobs and over a million indirect jobs.

It is expected that the number of tourists will exceed the figures of 2010, a reference year which recorded the arrival of six million and 900 thousand tourists and revenues of around 3.5 billion dinars.

Revenues from one overnight stay reached 96 dinars at the end of September 2012, against 100 dinars in the same period of 2010, while revenues per holidaymaker totaled 506 dinars against 483 dinars in 2010.