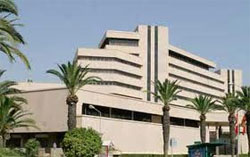 Governor of the Central Bank of Tunisia, Chedly Ayari, presented Thursday, to Caretaker President Moncef Marzouki, the ratio of financial accounts of the issuing institution for 2013, and an analysis of the situation of the country’s trade balance.

He said, in this regard, he has informed the head of state of the deterioration of the trade balance which has reached serious levels due to the enormous disparity between the value of exports and the volume of imports and the regression of domestic and foreign investment in Tunisia.

He also noted that the deficit of the trade balance is an issue that is more severe than the budget deficit, requiring financial resources in hard currency unlike the budget deficit that can be filled in Tunisian dinars.

Ayari called on all parties concerned to work immediately to remedy the situation through increasing exports, cutting imports and boosting investment.

Tunisia: EU more than ever committed to supporting transition (statement)