HomeNewsTunisia: Tunisair to operate two flights to Constantine and Conakry from summer...
News

Tunisia: Tunisair to operate two flights to Constantine and Conakry from summer 2017 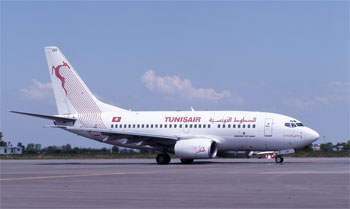 Tunisiair said, Thursday, it will launch two air routes to Constantine, Algeria and Conakry, Guinea as from the summer season 2017.

The first from Tunis to Constantine in Algeria will be operated with 3 weekly flights and the second from the capital to Conakry, Guinea with two weekly flights from Tunis-Carthage international airport.

The national carrier, which did not specify the exact date of the launch of the two flights, said in a press release the creation of these air services are part of the company’s commercial policy seeking to further open up onto the African environment.

The flight schedules of these two air routes are as follows:

– Departure from Constantine at 12:40

– Departure from Constantine at 15:40