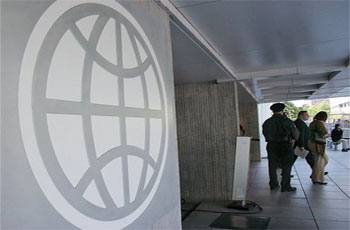 A delegation of Executive Directors of the World Bank has just completed a five-day visit to Tunisia to deepen their analysis of recent political development.

This visit allowed the delegation to meet all components of Tunisian society, including senior government officials, members of the Finance, Planning and Development Committee of the National Constituent Assembly, representatives of private sector and members of civil society.

It also allowed it to visit the site of some development projects near the Governorate of Beja, a private clinic in which the International Finance Corporation was involved and the Higher Institute of Technological Studies ( ISET ) in Nabeul.

“We are here to ensure that the relationship between the World Bank and Tunisia produces the results expected by the Tunisian people as well as for action in the private and public sectors,” said Omar Bougara, who represents Tunisia at the Board of Directors of the Bank. “We are pleased that the World Bank stands ready to meet the needs of Tunisia.”

Along with its budget support , the Bank finances 10 projects in the country for an estimated total amount of $ 435 million in areas such as water and sanitation , wastewater , financing of micro, small and medium enterprises , higher education and the promotion of rural development in underdeveloped regions.

In a separate mission last month, Vice -President of the World Bank’s Middle East and North Africa region, Inger Andersen had announced additional funding of $ 1.2 billion for Tunisia in 2014.

‘Nigerian economy on path of development’