Tunisia: working days lost in private sector down 75% in December 2016 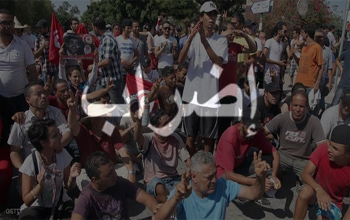 A decrease of 75% was recorded in the number of working days lost in the private sector during the month of December 2016 compared to the previous month and 26% compared to December 2015, according to data provided by the Ministry of Social Affairs on the social situation in Tunisia last December.

According to the same sources, 20 strikes were observed, representing about 87% of the total strikes recorded in the private sector and that of public enterprises of industrial and commercial nature, which reached 23 strikes.

The same data show that the number of strikes in the private sector has dropped by 9% compared with November 2016.

The number of companies affected by strikes in the private sector also decreased by 10% compared with November 2016.

Twelve strikes were observed in foreign companies (6 French and 3 Spanish), or 60% of the total strikes.

Wages were the main claim of the strikers (46%), followed by improved working conditions (30%) and improved industrial relations (13%).

As a result, 50% of the strikes were observed in the textile, clothing and leather and footwear sector and 15% in the agricultural and construction materials industries.

Moreover, 20% of the strikes were observed in the region of Ben Arous and 15% in Monastir.