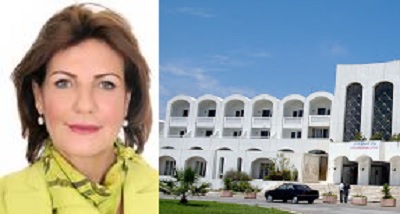 We understand that businesswoman and MP Zohra Driss has bought the Kuriat Palace Hotel in Monastir. The amount of the transaction is just over 25.05 million dinars.

The sale was made by court order, the hotel being in debt with a bank which even tried to buy the hotel itself with an offer of 19 MD, which has not been retained.

Subsidiary of STB, one of the creditors of the group Mohsen Ghedira, whose son Sami was manager, Activ hotel has bid with the offer of 19 MD, which represents the amount of the debts with their interests, to avoid that the hotel is sold off.

The hotel is located directly on Skanes Monastir beach. Nestled in a garden planted with palm trees, Kuriat Palace has 219 rooms and 4 restaurants, one facing the beach and 3 bars, a steam room and 3 tennis courts and 2 quick squash courts.