HomeFeatured NewsAhmed Karam talks about urgency of drying up cash, a poison for...
Featured NewsInterview

Ahmed Karam talks about urgency of drying up cash, a poison for economy 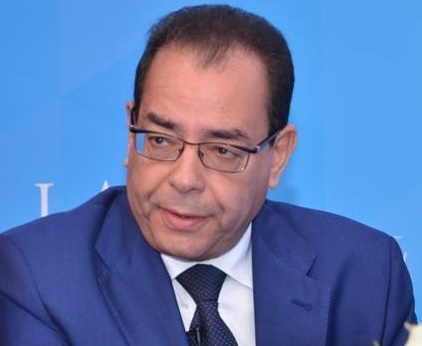 The Central Bank of Tunisia (BCT) has already begun its consultations for the establishment of a de-cashing process.

The objectives are to promote financial inclusion, consolidate the banking system’s resources, ensure a better allocation of financial resources for the benefit of the organized economy and fight against informal activities and illicit practices.

In an interview with TAP, Ahmed Al Karam, Chairman of the Executive Board of Amen Bank and President of the Tunisian Association of Banks and Financial Institutions (APTBEF), explains why it is time to move to a financial world in Tunisia and discusses its chances of success.

Why, in your opinion, should Tunisia migrate today to a world of digital financial transactions?

Ahmed El Karam: the transition to a digital world is not specific to Tunisia, it is global.

The technological developments that are marking the planet thanks mainly to the emergence of GAFA (Google, Apple, Facebook and Amazon) are creating new capabilities and new technological skills that completely change the economic and even social behavior of different economic agents.

I give you an example of China, the world’s second largest economy and the largest country in terms of domestic trade. In this country, more than 50% of transactions are done digitally, without the use of checkbooks or banknotes.

In Tunisia, we will gain by reducing cash, whose outstanding amount more than doubled from 5 billion dinars at the end of 2010, to about 11 billion dinars today.

This is a very high amount which means that much of the liquidity never reaches the official economic circuits and therefore does not pass through the banks.

It also means that a large part of the transactions do not guarantee the traceability and the knowledge of the movements of funds.

We cannot know the fate, purpose and use of this huge liquidity. Thus, Tunisia should fight, as a matter of urgency, for this liquidity to regain official channels. The Central Bank has opened this site and takes charge of it in a serious way.

What do you think are the reasons for the increase in the amount of cash payments in Tunisia?

Ahmed El Karam: In my opinion, the exaggerated increase in cash payments is due to three essential factors. First, the informal economy that does not need modern means of payment, since it accommodates the opacity of cash flows.

According to the experts, this economy represents more than half of the domestic economy. It can also be said that half of the money issued by the monetary system is captured by the informal economy.

This financial windfall does not benefit banks and does not serve the transparent financing of the economy. The urgency is to act so that this informal economy joints the organized economy.

Second, the existence of nearly four million Tunisians who do not have bank accounts. We must work to develop financial inclusion, to integrate into the modern economy a large part of the population that does not use the account, check or credit card.

APTBEF has some interesting ideas on this subject and will try to implement them with the Central Bank and other relevant bodies, to set in motion an ambitious financial inclusion strategy.

At the same time, digital inclusion must be developed because it is not enough to have a bank account. It must be used by means of card payment and, increasingly, by mobile phone.

But for that, modern, efficient and secure electronic payment solutions are needed, guaranteeing interoperability and ensuring ease of use.

Thirdly, there is the lack of development of e-commerce in Tunisia. At a time when the whole planet is making of it the basis of the regulations of commercial transactions, Tunisia is unfortunately very late.

Trade is an insignificant part of organized trade. It must be said that it requires, in fact, a strong logistics, state-of-the-art warehouses, efficient means of transport, secure online payment solutions, intelligent computer applications, etc.

Why not engage in discussions with major international e-commerce operators such as global leaders, such as Amazon for the western world and Alibaba for China? The goal is to rapidly develop e-commerce, in order to make the economy draw on its many advantages, including export promotion and external trade.

It is a source of international business that escapes Tunisian companies. This is not to mention the cost savings, the safety of operations and the speed of their executions. Electronic commerce significantly reduces the preferences for cash money.

In your opinion, how long will this digitization process take to set up in Tunisia?

Ahmed El Karam: I am convinced that it can go very fast. On the one hand, the evolution accelerates and appears day after day irreversible and on the other hand, the operators in Tunisia have the will and the capacity to embark on the adventure of the development of the electronic payment.

The technical solutions are there, the operators are ready and the banks are ready to help and finance. Our engineers have a good command of the technology and if the political will is strong, everything can go very fast.

Is there in the country the adequate infrastructure to implement this option?

Ahmed El Karam: I really think we have a material and human infrastructure in this area. Tunisia has skills with a proven mastery of technology. As I have already said, the Post Office, banks and telephone operators are ready and motivated to play their role and assume their responsibility.

How much will this de-cashing process cost?

Ahmed El Karam: The gain is considerable, since the cost of processing banknotes is enormous in terms of manufacturing, handling, storage, counting, transportation, etc … not to mention the risk of introducing fake tickets and fraud that can accompany the handling of banknotes and currencies.

These costs will disappear with the replacement of cash by the generalization of electronic payment. Computers will talk to each other. Admittedly, there will be risks, but they cost far less than those attached to bank notes.

I see nothing but positive in the disappearance of cash money, as in the example of Sweden, where cash has completely disappeared.

This proves that there are technical solutions and that experience can succeed in Tunisia, provided that it follows a proactive and effective approach.

Can the absence of cash also help fight terrorism and money laundering?

Ahmed El Karam: Of course it will help fight terrorism and money laundering. Bank notes that do not enter the banking circuit can be used to finance terrorism, launder resources from fraud, smuggling, corruption and other criminal acts. It’s a real black hole.

This is why we must stop this mafia manna from the outset and act quickly so that banknotes issued are negotiated in the official circuits, before giving way to electronic payment.

How to speed up this de-cashing process, according to you?

Ahmed El Karam: I think the BCT has already taken a very laudable initiative. It launched the discussions on this subject seriously and proceeded to the creation of multidisciplinary commissions of reflection and proposal associating everyone: the administration, the banks, the technical operators and the companies of “FINTECH”.

In a few days, there will be an intense debate on the subject to go into more detail. I suppose a report will be presented to the government authorities and it is up to them to sponsor this report and implement it.

In my opinion, any reform involving deep change is more likely to succeed, if the officials commit to it full time. But, the breath of reforms must not be lost in the pressure of daily life or in the maze of administrative routine.

It is necessary to designate a structure to put in place the program of reforms that will be retained, while providing it with the necessary capacities to convince the parties concerned. It must have full powers to coordinate and implement the actions taken.

Since this is a financial inclusion process, have you associated microfinance institutions?

Ahmed El Karam: Microfinance is a key channel of financial inclusion; it is thanks to the 650,000 customers who have dealt with microfinance structures that we can provide an initial financial culture to populations excluded from banking services.

Yes, we thought about micro-finance, because it is a channel to be developed for its positive effects not only as a financial inclusion tool, but especially for its impact on regional development and job creation, especially for higher education graduates.

In what year, according to you, the cash will disappear in Tunisia?

Ahmed El Karam: I think it should not go beyond the year 2020, provided that this ambition is served by real political will and very precise tools. It must be done quickly so that the 4 million Tunisians who do not have bank accounts will have them quickly.

It must also be done in a daring way for e-commerce to grow to 20 to 30 percent of total trade. It is also necessary to develop payments via mobile phones by making all parties involved adhere to solutions that primarily guarantee interoperability.

We are fortunate to be a young country where the use of new information technologies is trivialized. We are in front of an issue where the only difficulty concerns the informal economy.

Tunisia : Fitch «pulls the alarm» for the Siame of Jamel...