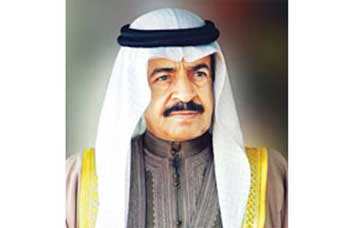 A total of 2,042 Bahrainis on average were employed each month during the first quarter of the year compared with 1,629 citizens during the last quarter of last year, with 2,240 being hired in March, Humaidan was quoted as saying in the Gulf Daily News, our sister publication.

There are 196,899 government and private sector employees in Bahrain and 8,175 unemployed Bahrainis, out of which 85 per cent are females, according to the Central Informatics Organisation’s statistics.

Marking the release of the quarterly statistic report for 2014, Humaidan said 6,041 Bahrainis were trained in March, compared to 3,599 Bahrainis in January last year.

Humaidan also revealed that the number of beneficiaries from the monthly unemployment allowance slightly increased to 3,987 in March up from 3,900 in January last year.

The projects would include promotion of training and employment programmes and would seek to maintain unemployment rates at safe levels.

Most labour market indicators for the first quarter of the year, endorsed by the Cabinet at yesterday’s session, reflect Bahrain’s capabilities to provide citizens with decent job opportunities and its relentless efforts to support and protect the national labour force.

Tunisia: current account deficit down to 5.8% at the end of...

Air France will not be resuming flights to Tunis on June...