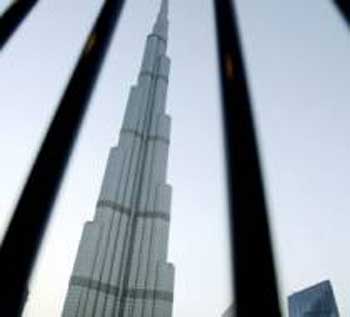 Dubai’s economy is expected to grow around 5 percent this year, a similar pace to 2013, the head of its statistics office said on Monday.

Growth in the emirate, the region’s trade and business hub, picked up strongly last year, buoyed by the prospect of government real estate projects worth tens of billions of dollars following a property market crash in 2008-2010.

“It is expected that growth… will reach around 5 percent in 2013,” executive director Arif Obaid Al-Muhairi said on the Dubai Statistics Center’s website www.dsc.gov.ae. “We expect that the current year will witness growth close to these rates.”

The economy grew around 4.5 percent in the first nine months of last year, he said.

Dubai accounts for a quarter of output of the United Arab Emirates economy, with oil-powered Abu Dhabi responsible for around 65 percent.

The UAE, one of the world’s top oil exporters, has yet to release 2013 GDP data. Analysts polled by Reuters in January expected 4.3 percent growth in both 2013 and 2014.

Selling prices for residential property rose about a third from a year ago in the first quarter of 2014, prompting International Monetary Fund warnings of a possible real estate bubble.

In the UAE, business activity growth in the non-oil private sector edged up to a four-month high in March, indicating robust growth should continue this year.