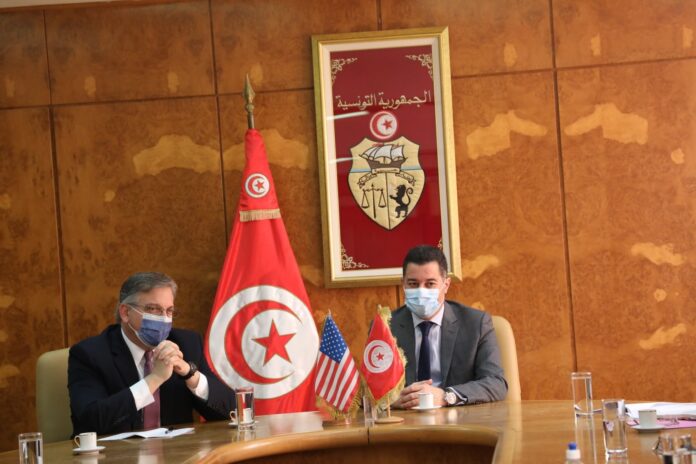 A number of US companies are willing to invest in basic infrastructure and logistics to support Tunisia’s efforts in this field, US Ambassador in Tunis Donald Blome stressed at his meeting Monday with Transport Minister Rabii Majidi.

The two parties underlined the considerable progress of Tunisia’s millennium challenge programme launched in collaboration with the U.S. Agency for International Development (USAID) which aims at developing the port of Rades, pending the completion of the procedures for the signature of the agreement, its approval and the launch of the execution from 2023, a statement of the Transport Ministry reads.

The minister reviewed Tunisia’s assets in the field of maritime transport, stressing the scope of the Enfidha deepwater port project and the neighbouring logistics zone, which will promote the region to the rank of a high value-added platform of transition to Africa and Europe, the same source said.

Both parties exchanged views on the draft bilateral agreement in the field of air transport. The US ambassador urged stepping up talks to materialise this agreement.

For his part, Majidi expressed the will to further strengthen cooperation with the United States through vitalising investment directed especially towards priority projects of the future, taking advantage of the expertise and advanced experiences especially in the fields of port and airport security.

African Manager - Economic and financial news in Tunisia and in the world.
Contact us: [email protected]com