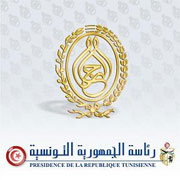 President of the National Constituent Assembly (NCA) Mustapha Ben Jaafar conferred, Thursday in Bardo palace, with Vice-President of the Middle East and North Africa at World Bank (WB) Inger Andersen, for whom “Tunisia now follows its path to democracy and is a model in this field”, according to a statement of the NCA.

On this occasion, Andersen reiterated commitment to “continue accompany Tunisia in its transition process and contribute to provide it with means to take up the economic and social challenges, notably by supporting the funds of intervention stemming from the Tunisian state.” In another connection, the WB official underlined the importance of joining efforts of the political stakeholders “in favour of an economic consensus now that the political consensus became a reality.” The WB granted loans to Tunisia, namely ê100 million for funding small-and medium-sized enterprises (SMEs) and ê300 million for local development and decentralisation, She said.

Inger Andersen confirmed the WB commitment to provide the necessary expertise to increase efficiency of local communities and decentralised administration. In this respect, NCA president Mustapha Ben Jaafar requested from the WB Vice-President to provide expertise of this large-scale international financial institution to introduce deep structural reforms in the banking sector, according to the same statement.

Conference on aviation safety in Africa starts Thursday in Morocco

Tunisia: decline in number of tourists staying in Sousse hotels