HomeInterviewAny step taken towards exclusion paves the way for the return of...
Interview

Any step taken towards exclusion paves the way for the return of dictatorship, says Mustapha Tlili 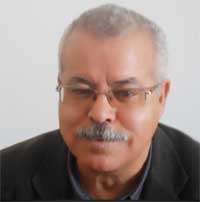 The exclusion of bigwigs of the former regime continues to make waves, and this time because it has been mentioned in the Electoral Bill, currently being debated in the General Legislation Commission at the National Constituent Assembly (NCA).

Mustapha Tlili, former chairman of the Committee on the Application of Article 15, under the High Authority for the Achievement of Revolution Objectives, Political Reform and Democratic Transition, considered that any dictatorship begins by exclusion. This action in this stage would only pave the way for the return of dictatorship and authoritarianism. This is serious in a country that has adopted its constitution by opting for national dialogue.

Why this timing to address this issue?

It’s simple. We are currently developing an electoral law. In this context, Article 15 of the Legislative Decree No. 35 of 2011 concerning the election of the National Constituent Assembly (NCA) caused considerable controversy within the general legislation commission when some politicians called for its inclusion in Article 21 in the new draft electoral law without considering the new political context of the country. Indeed, Tunisians await the organization of new democratic elections where all opportunities should be equal to all citizens without any distinction.

What is the real purpose of the application of Article 15 in the elections of October 23, 2011?

This article was adopted by a majority of members of the High Authority to prohibit figures of the former regime to stand for NCA elections because they were considered as politically and morally responsible. These are senior RCD officials and “Mounachidine” who called Ben Ali to seek re-election in 2014.

Regarding the second category, the Commission has made a lot of effort to create a list based on names published in Tunisian newspapers. According to the small investigation we conducted, these lists were published in newspapers via senior officials close to Ben Ali’s entourage.

In this context, I can say that some of them were not aware in advance and they did not have the audacity to refuse or challenge that move. Others had insisted that their names be included in these lists. Others were afraid but have sent complaints to the Commission acknowledging their wrongs. This is explained by their lack of courage at that time.

It must be recognized that the Commission and the High Commission Authority could not and should not take the place of a court to conduct a thorough investigation.

In light of the problems faced, we opted for a solution by considering that the people whose names were published in newspapers must assume this responsibility; even if there will be some injustice. We wanted to explain this to all the people who had contacted the Commission.

At the beginning of the revolution, courts have not been able to start their work. Similarly, the process of transitional justice had not yet started. The mentality was not that of exclusion, but rather the consolidation of the transition process. The context required exceptional measures to ensure the success of democratic transition.

But for the current stage, applying these measures twice would be a grave injustice. Today, this important phase is marked by the adoption of the new constitution that guarantees rights, freedoms and equality between all citizens and meets the aspirations of the Tunisian people for freedom and dignity. Therefore, each exclusion procedure outside legal frameworks would be a violation of the Tunisian constitution and undermine the political and moral commitment of all political forces which were represented in the High Authority for the achievement of the revolution objectives, political reform and democratic transition.

Is it possible to apply the exclusion law today?

Any form of exclusion is contrary to the values and principles of our new constitution. The country is now run by the national consensus reached through the efforts of the Quartet of the National Dialogue, the pressure of civil society and popular protests. Unfortunately, the policy followed by the resigning Troika was based on the re-use of authoritarian methods applied by deposed president “Ben Ali.”

These methods targeted freedom of expression, which is attacked on several fronts in Tunisia and also affected the judiciary. This policy has tried to inflate the associative scene by creating a new “partisan civil society” to marginalize truly independent NGOs. Add to that the demonization of the opposition and protest movements.

It is in the context of these political choices that the culture of exclusion comes up again by calls for blind revenge and collective punishment.

But we must admit that any dictatorship begins by exclusion though history has proved that each party which is exclusive would thereafter be the victim of that exclusion.

Based on this truth, we have to respect Tunisians by guaranteeing their rights regardless of their political affiliation. If the door of exclusion is open, it will affect several parties including Ennahdha, leader of the coalition, which is accused by other political groups to be morally and politically involved in political assassinations, the rise of terrorism and some cases of corruption and mismanagement. Therefore, the country will enter in a vicious circle difficult to overcome.

So what to do?

I think it’s time to give confidence to the entire Tunisian people without exception. This is necessary because democracy is based on the confidence given to the Tunisian people and maturity. Only polls and the popular will could be the best way to eliminate a candidate deemed unfit to lead the country.

It is for this reason that I categorically reject any possibility of application of Article 15 in the current context. Because, if adopted, would be a blow to the process of democratic transition and serious harm to the objectives of the revolution of dignity and freedom.

Then what is your message to stakeholders?

Only courts could prevent someone from being a candidate in the next election. The people are alone entitled to elect their representatives by free choice. Any step taken towards the exclusion paves the way for the return of dictatorship and authoritarianism.

For those who use political bidding, they should better present political programs to win people’s trust.

In all cases, arbitrarily depriving Tunisian citizens of their fundamental rights under the pretext of being former leaders of the disbanded RCD is unacceptable and inconsistent with the respect for the intelligence of Tunisian citizens.

I wish the next elections will be organized. The situation is fragile and precarious, knowing that there were terrorist attacks in parts of Tunisia. But I must say that it all depends on the sincerity of the forces engaged in the national dialogue to keep the spirit of responsibility and stay away from the calls for division by neutralizing the harmful effects of irresponsible parties that do give any importance to the supreme national interest.

Libya loses US$ 9bn oil revenue due to disruptions