HomeInterviewSole contact would be a boon for tourism industry, according to the...
Interview

Sole contact would be a boon for tourism industry, according to the regional commissioner of Tourism in Djerba-Zarzis 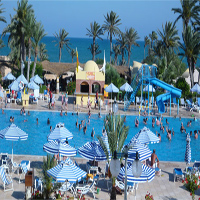 According to Faouzi Basli, regional commissioner of Tourism in Djerba-Zarzis, solving all the problems of the tourism sector is dependent on a review of the policy adopted for years while putting in place a sole contact for professionals to help them promote their activities.

Similarly, law enforcement is considered useful to overcome the environmental crisis experienced by the tourist area for some time.

How is tourism in Djerba-Zarzis?

A look at nationalities from January 1 to June 10, 2014, shows an increase in some markets. First, the German market was up 9%. The Italian market also grew by 90%, followed by the Spanish market, which went up 60%.

The increase also affected the Russian market and the Portuguese market. Add to this the Polish market, despite the warning of the Polish Ministry of Foreign Affairs that has advised its nationals not to visit Tunisia.

With these indices, the overall occupancy rate of Djerba-Zarzis was around 36% against 80% during the same period last year.

At the level of arrivals, an increase of 6% was recorded against a slight increase of 3% in overnight stays.

What about the next step?

If all goes well and the security stability strengthens, figures may further increase by August. But, we could say that there is some apprehension about the month of July with the World Cup and the advent of the Holy Month of Ramadan.

How to proceed then?

During this period, we try to focus on a strategic market, the Algerian one. Indeed, Tourism Minister Amel Karboul paid a visit to Algiers to boost this market. Similarly, preparations are well underway by hoteliers to be ready for that.

Despite the efforts and growth, pessimism is noted among the majority of the sector’s professionals. Can you give us some clarification?

We were expecting a recovery and we have hoped for something better, especially with the encouraging signs that were recorded. We expected a double-digit growth.

There is certainly a slight disappointment, but this is not the disaster. We are disappointed somehow, especially as a single digit growth was recorded. We were expecting a better season and we remain optimistic because the high season has indeed begun.

What is your reading of the entire season?

We hope to approach figures achieved in 2010 if all conditions were met knowing that the recorded figures show that there is uneasiness. And here we can focus on the proliferation of terrorist threats and the warnings reported by some countries against travel to Tunisia.

This certainly explains the decline of some traditional markets like the French that has not been able to recover.

Despite these threats and even with the risk of fundamentalism, our country continues to step up efforts to remedy this situation.

In this climate, many professionals have blamed the Minister of Tourism who, according to them, has failed to revive tourism. What do you think?

It is not the role of a minister to bring tourists and encourage them to visit Tunisia. Her role is limited to providing a favorable climate, meet the sector’s professionals and promulgate regulations while facilitating actions. The Minister is also required to remove all obstacles and reassure foreigners and tour operators. In this context, Amel Karboul has managed to achieve this objective by improving the image of Tunisia. On the commercial side, she is not a commercial agent to do so.

Have professionals in Djerba succeeded in their mission?

Definitely yes, they are working. But I think their roles are not sufficient.

What should be done to promote the activity?

It is time to implement the strategy set up by the Ministry. Must be recalled that this strategy already requires a long-term work given the multiplicity of challenges faced and the growing number of problems dating back to several years ago and that have not been overcome. This failure could be explained by the lack of political will mainly under the deposed regime that had shown no interest in promoting local tourism.

A good political will is needed to bring the activity back on track. Certainly, there is a desire to do so, but much remains to be done especially since we found some ambiguity as the responsibility is solely assigned to the Ministry of Tourism while stakeholders are much more numerous.

I take this opportunity to say that we have too many problems that are now beyond the responsibility of the Ministry of Tourism. These problems relate to other departments such as the Interior, Health…

What about the environmental issue in Djerba?

It’s time to enforce the law and prosecute those who hinder the resolution of this problem, and also the reopening of the landfill of Gallala. We must take action against those who want to disrupt the work of public institutions.

It should be noted that tourists use this situation to discourage their friends and neighbors to visit Tunisia, and this is serious especially as the impact is certainly negative on the image of the country and also the image of its people.

What is the best solution, according to you, to support hoteliers, who, most of them, are facing many difficulties?

To facilitate the work of professionals, the establishment of a sole contact remains more than ever a necessity. This is the only wish of all hoteliers given the complexity of the operation in view of the presence of a large number of stakeholders.

Professionals today require direct cooperation with the ministry and not quite ambiguous relationship with several organizations and institutions.

I take this opportunity to tell you about a very serious incident that took place in Djerba. Indeed, young entrepreneurs have invested heavily in a tourism project that generates more than fifty jobs of which 10 are tenured positions. Unfortunately, these two young people are today threatened to slam the door because the authorization of the sale of alcohol was revoked. This is unacceptable because the ministry did not order this withdrawal. Worse, it was not aware of the case, knowing that these young people may be prosecuted.

So we ask to review this strategy in order to support entrepreneurs wishing to create tourism projects and contribute to the development of the sector.

Tunisia: the Congress of Ennahdha under the sign of consensus and...