HomeFeatured NewsShale gas, from a controversial issue to a matter of consensus!
Featured News

Shale gas, from a controversial issue to a matter of consensus! 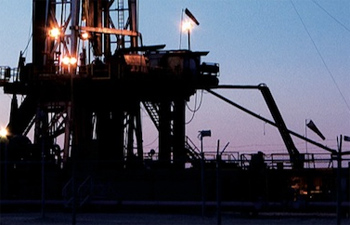 The UGTT, with the statement of the Deputy Secretary General in charge of studies, Anouar Ben Gaddour, seems to make concessions, by calling on Friday, June 27, 2014, upon the government to begin the exploitation of shale gas in southern Tunisia.

He said in a statement to a local radio station that Algeria has completed all explorations and will start the operation of shale gas, noting, in relation to the precarious financial situation of the country, that this operation will facilitate the granting to Tunisia of loans it needs internationally.

This position is a step backwards compared to others expressed by trade unionists. In fact, economic experts and trade unionists, who had met in April 2013, following the announcement of the signing of the contract for the exploitation of shale gas with “Shell,” challenged this project and blamed the authorities for refusing to provide information on this issue.

Mansour Cherni, coordinator of the National Federation of Electricity and Gas at the UGTT has reacted strongly to the announcement, saying: “We were informed by the press in November 2012 that the Department of Energy would sign a contract on the exploration of shale gas with multinational company “Shell,” but in reality, the contract had already been signed,” Cherni says angrily.

In his remarks reported by the electronic site “Le Journal” dated April 5, 2014, the union official says that in a country where the unemployment rate is approaching 17%, the government highlights the wealth of jobs generated by this activity. “It is a decoy! 5 to 10 jobs will be created for a drilled well but in return 1,000 to 1,500 people will develop cancer, “adding in conclusion” no rules will protect the inhabitants from the pollution caused by the extraction. ”

In fact, these words are part of the public outcry in environment protection circles, since 2011, sparked by the idea of engaging exploration work to find reserves of shale gas, that many experts believe are substantial. This environmental fundamentalism which was behind the closure of several landfills and stopping many factories and termination of multiple activities for the harm they cause to the environment, seems to subside, and the UGTT, out of his national responsibility, and the role it plays in ensuring the overall balance of the country, is the first to announce its new approach to the subject.

A subject for discussion

Questioned by Africanmanager, Assistant Secretary-General for Communication at the UGTT, Sami Tahri, noted that the use of this source is now the subject of discussion within the labor organization, noting that efforts continue to develop a specific study on the subject.

UGTT Efforts are supported by the progress made by Algeria in the field to compensate for a possible depletion of conventional oil reserves, which experts believe imminent not exceeding the next two decades.

Another support, the one relating to the adoption by the European Commission in January, of a recommendation that leaves the way open for the exploitation of shale gas in Europe, provided they meet the minimum “common principles,” including health and environmental.

The call of the labor organization is also the result of a series of meetings with the Directorate-General for Energy under the Ministry of Industry.

In this context, the Director General of Energy, Ridha Bouzouada noted that estimates of probable shale gas reserves in Tunisia will be appraised from geophysical studies, and this in order to confirm the presence or absence of hydrocarbon in soils of Tunisia. “It is time to know the extent of the reserves, especially as deposits were discovered in Algiers. This lets hope that Tunisia can exploit its own reserve, “he estimated in a statement to Africanmanager.

An environmental study to avoid controversy

To get these gases, a participatory awareness plan will be implemented in the coming days, said Ridha Bouzouada.

Again, a meeting will be held during the next week to form a team to develop an environmental study that will consider all the elements. This study will include, according to him, all stakeholders namely the Ministry of Infrastructure, the Ministry of Health, the Ministry of Interior as well as representatives of civil society and a number of specialized experts. “The interest will be focused on raising the awareness of civil society about the importance of the exploitation of shale gas, once the resources are known,” noted Bouzouada.

The approach is strategic in a time of growing energy deficit which amounted to 1.67 million toe during the first quarter of the current year, the equivalent of the entire rate posted in 2012.

Similarly, a decrease of 15% was posted in the production of liquid and gaseous hydrocarbons, compared to the same period last year.

The view of Energy Directorate official comes in line with the position of several experts and associations. Habib Bouassida, President of the Tunisian Association for Transparency of Energy and Mines (ATTEM) has, in this context, required two conditions to meet this challenge.

According to him, the exploitation of shale gas must be the result of a case study developed by a group of professionals and experts. Similarly, this must be done in full transparency to avoid the risk of chemical contamination related to products used which are very present.

It should be recalled that an international study conducted by the United States, revealed that Tunisia has estimated reserves of 500 billion cubic meters. This means, in the opinion of many experts, a range of consumption estimated at 80 years, which makes this potential a niche to seize and develop. The most important basins of this wealth are in the south of Tunisia, the Sahel, Kairouan, and the basin of Ghdamès in Tataouine.

Moreover, the African Development Bank (AfDB) said in a recent report that Tunisia has great potential of shale gas that could revolutionize the energy system in the country and allow Tunisia to reduce its imports of natural gas and hydrocarbons in general.

Tunisia: indefinite suspension of classes in all schools and universities from...

Tunisia: Consensus around postponement of election for Oct. 23