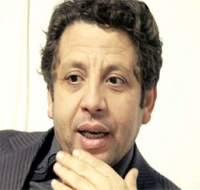 Khaled Krichi, Vice-President of the Truth and Dignity Commission (French: IVD) announced that the problem of transferring the presidency archives will be resolved soon. He on the other hand claimed that the IVD remains attached to lawsuits against some presidential security officers.

Can you tell us what is the number of cases received by the court?

To date, the Truth and Dignity Commission has received more than 6,500 cases and this from the opening of the submission of files on December 15.

Which type of cases?

These 6,500 cases concern all periods, from July 1, 1955 to December 24, 2013. They affect political prisoners’ affairs, those of torture and death by torture. Add to that, corruption cases and especially the wounded of the revolution.

Has the commission started studying these cases?

The commission will soon examine these cases, pending the establishment of basic procedures.

What about the transfer of political archives, a case that has created much controversy, especially since the IVD was prevented from having access to these documents by the Presidential Security?

A working meeting was planned with the Office of the Presidency. But now this session was postponed pending the establishment of legal consultations.

Political advisor to the President of the Republic, Mohsen Marzouk said the presidential archives can not be moved from Carthage Palace and the IVD may consult any document or record in accordance with the law. What do you think?

This is a personal position and we respect his opinion. But, it is important to note that we are working with the institution of the Presidency.

The latter has already responded positively on this issue and I can assure you that the Presidency of Republic sent us positive indices. And so I can tell you that the problem will be resolved very soon. There will be a solution that would satisfy all parties because it will respect the law of transitional justice.

What about the complaint filed by the IVD against some union representatives of the presidential security that prevented the IVD from taking the archives of the Presidency on December 26?

We were heard by the judge as victims in this case. But I assure you that the Truth and Dignity Commission is attached to prosecute some unionists. And therefore, this case is in the hands of justice.