HomeFeatured NewsTunisia: Chalghoum is very optimistic, and he has his reasons...
Featured News 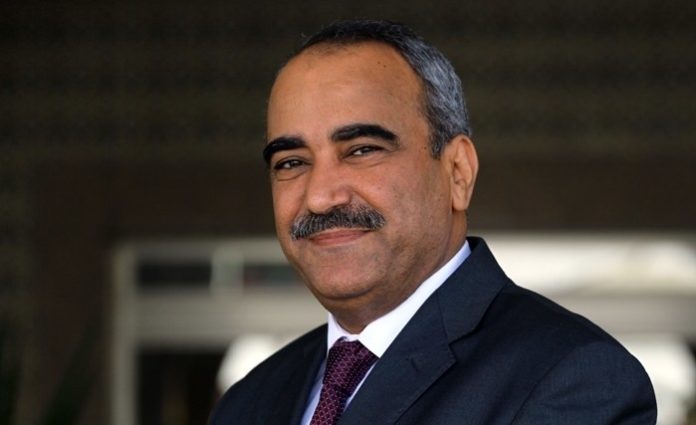 The draft budget law, on Thursday, fueled the debate under the dome of the Assembly of People’s Representatives (APR), more precisely in its parliamentary academy.

The event, which saw the participation of Parliament Speaker Mohamed Ennaceur, the chairman of the Finance Committee, Minister of Finance, Ridha Chalghoum and several other business, finance and taxation figures, was an opportunity for them to present their views on this draft law and talk about its failures.

During his speech, the Minister presented his diagnosis of the economic and financial situation of the country, pointing out that Tunisia has experienced a slight recovery in recent months, which makes the achievement of a growth rate of 3% under the year 2018 much easier, especially in light of the start of implementation of investment projects whose cost amounts to nearly 5,200 million dinars.

According to Chalghoum, the investment will come back in 2018 thanks to the entry into force of new tax benefits and the new investment code, which has already taken effect since last April.

Similarly, investment intentions in the agricultural and industrial sectors have improved recently.

However, the minister said that despite this slight economic recovery, several sectors are marginalized and are affected by the difficulties to the point where they have not been able to overcome the crisis, calling for mechanisms capable of overcoming all these difficulties.

He noted the amplification of pressure, particularly that exerted on public finances and this is clearly seen, according to him, through the deterioration of the situation of the trade balance, bringing the deficit during this year to 9%, or 8,772 MDT, which will, according to the minister, create additional pressures on the budget and the exchange rate.

Faced with this situation, he called for the implementation of a strategy to control imports until they can be covered by exports, pointing out that following the fall in foreign investment, the financing of the budget deficit can now only be made through domestic borrowing.

In addition to import, Chalghoum spoke of the deficit of social funds, pointing out that the state cannot continue to inject funds, hence the need to implement an integrated reform strategy.

Another pressure factor: The minister cited borrowing resources which today represent 30% of the budget for the year 2017 against 10.4% in 2010. Thus, the debt ratio will reach 76% of GDP during of this year.

For his part, former Finance Minister Hakim Hammouda criticized the lack of a clear economic vision under which this law falls, calling for opening the debate on several issues, mainly the large number of taxes and charges introduced by different governments that have succeeded since the Revolution and whose number now stands at nearly 500 articles, according to his statements. “We must review all these laws …» he pointed out.

The former minister has also called for giving a much larger and more integrated role to control and collection work for companies that evade tax.

“The recovery of investment,” is also critical for economic and social development and poverty alleviation, he said, noting that growth must be based on real investment and export and no longer on consumption.

Only 1/4 of the companies are profit-making

As for him, Mongi Rahoui pointed out that only 1/4 of the companies in Tunisia (whose number is 136 thousand in total) make profits and pay income tax. The rest is in a very difficult economic and financial situation, according to him.

He indicated that it is no longer possible today to target, as every year, employees and businesses, to find additional resources to finance the budget deficit and cover expenses.

“We can no longer target companies, especially those who regularly pay the corporate tax,” he said.

Rahoui has, in the same context, indicated that Tunisia is in a very difficult situation, the debt has reached its highest level and this, despite all the measures put in place by successive governments since the revolution.