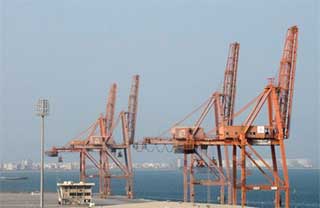 APM Terminals Bahrain, the operator of Khalifa Bin Salman Port (KBSP), will become a public company by the end of the year, a report said.

The company undergo a public offering after the Cabinet approved a proposal presented by Transportation Minister Kamal Ahmed, reported the Gulf Daily News, our sister publication.

Ahmed also suggested setting a date for the Initial Public Offering (IPO), which will be announced soon along with the guidelines.

Meanwhile, the Cabinet approved a report on the performance of sea ports’ operations for last year.

It stated a 2.4 per cent increase in the number of ships docking in Bahrain compared with 2012 and a 45 per cent rise in the handling of cargo compared with the year before.

Composition of Government of National Unity