HomeFeatured NewsChedly Ayari: We need a government of commandos and an emergency plan...
Featured News

Chedly Ayari: We need a government of commandos and an emergency plan … 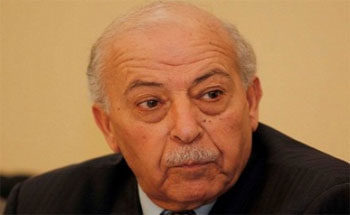 “Tunisia needs today a government of commandos to help the country overcome the crisis,” Governor of the Central Bank of Tunisia ( BCT) Chedly Ayari told the press on the sidelines of a conference debate for the dissemination of the 2013 report on North Africa.

He also said that Tunisia is facing several challenges and things are not easy to manage.

According to him, the state budget for 2014 would be set at about 28 billion dinars or a little more, leading to external financing needs of 5 or 6 billion dinars to be raised mainly from such international creditors as the AfDB, the World Bank and the IMF.

Part of this funding will come from additional international financial markets like Japan, while another should come from investments. The Governor of the Central Bank noted, however, that investment remains dependent on the evolution of the political situation: “If everything went well, external funding would be easier in 2013, he expected.

The governor of the central bank stressed that the challenge facing Tunisia today is developing a contingency plan to address priorities and vital problems of the country, calling, therefore, to change the situation and develop a strategy for development that meet the urgent needs and demands.

He insisted, however, that Tunisia is working in urgency but the instruments put in place to overcome the crisis do not suit it.

For his part, former Finance Minister, Jalloul Ayed called for changing the current economic pattern that triggered the Revolution, explaining that this pattern has neglected the National Upgrading Program and small and medium enterprises while more than 80 Tunisian companies are SMEs: “The State must be able to invest in the private sector to reduce unemployment,” he said.

He also called to undertake structural reforms and direct spending towards investment, especially in infrastructure. He criticized, however, the absence of a financial market through which the SMEs can raise funds.

Douja Gharbi, Vice President of the Confederation of Tunisian Citizen Enterprises (CONECT) said that the transition period was too long and Tunisia still lacks visibility and clear vision about the future, noting that nothing has been done for large companies : “Today, foreign companies are leaving while the government has not reacted,” she has said.

With regard to the AfDB report for this year, the main topic of this conference, it should be noted that the paper considers that the impact of various crises was negative at the microeconomic level, including SMEs, workers in the informal sector and the poorest households, noting that the fiscal stimulus plans has concerned mainly international trade and exporting companies rather than local businesses and regional development.

Thus, according to the report, the Arab Spring which began in 2011 forced governments in North Africa including Tunisia to be more attentive to the needs of the poor and unemployed. Poorly targeted public policies which continue to benefit primarily the wealthiest, thus, is accentuate inequalities and induced vulnerabilities, according to the report.

Tunisia and other countries of North Africa are called, according to the report, to adopt a growth strategy that resist to changes expected in North Africa in socio -economic terms to achieve a more stable and fairer growth that meets the demands of the revolution. The report also called to draw on international best practices and revise social policies and programs, target and protect poor and vulnerable households and reform education systems and state institutions to help restore confidence and inclusion.

It also stressed the importance of re-defining a new inclusive and sustainable development pattern, diversify trade and investment partners and maintain the process of trade liberalization and privatization, while seeking to take measures likely to mitigate the risks associated with global integration and remove legal and regulatory barriers impeding growth and innovation of the private sector and employment.