HomeInterviewFraud has found fertile ground to grow, according to Faisal Derbel
Interview

Fraud has found fertile ground to grow, according to Faisal Derbel 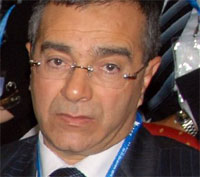 Fraud has found in recent years a fertile ground to grow in Tunisian companies. This is the conclusion of Faisal Derbel, Chairman of the Tunisian Centre of Corporate Governance. According to him, several reasons are behind this growth.

What is the relationship between fraud and business in Tunisia after the revolution?

I must say that fraud has spread with proportions that have become relatively disturbing. It is true that we do not have precise figures on fraud whether committed by employees, corporate officers, partners or shareholders

From what we are seeing in businesses – as we are monitoring business around – unfortunately, we note that cases of malfeasance, social abuses and cases of conflict of interests are spreading. In number, these cases are increasing.

We can even see them through corporate financial statements or reports of some companies, particularly those operating in the banking sector. We note that the assets and liquidity of banks are actually exposed to extortion and diversion operations either by staff or by foreigners. We are seeing this on a frequent basis and it is extremely important to put in place the necessary mechanisms to reduce this scourge.

It is through whistle-blowing sites. This means the reporting system, considered highly effective. That is why it is important to put in place the necessary cover and protection of people who will make this disclosure.

Also, it is useful to ask companies for a certification of their system of internal control, as it is the best backup in businesses against any act of fraud.

It is still useful to certify the accounting records reporting systems. There is also need to strengthen the organ of control within companies and making control bodies whether external or internal accountable.

What are the reasons behind the proliferation of fraud?

Fraud has found in recent years a fertile ground for further development in Tunisian companies for various reasons.

Firstly, there is a climate of permissiveness and impunity that have spread within the company. It is a culture that is now incompatible with the business world.

Then there is a crisis of values. Less stress is put on ethical values ​​and ethics.

A recent study was conducted by the Tunisian Centre for Corporate Governance (CGTE) in coordination with UNDP. Can you present the main results?

This is a study involving 100 judgments of courts of first instance and the court of appeal in cases of fraud and embezzlement.

It turned out that the most effective way is the information or “Whistleblowing.” It is for this reason that we call on people to adopt this tool. It was also found that the proportion of men is much higher than women: 92% are fraudsters involved in these cases.

Also, the age group 31-35 years is the most affected by these fraud operations. Purchase amounts involved are extremely important especially when it comes to fraud by corporate officers. I mean mostly misuse of company assets and conflicts of interest on amounts that may exceed 800,000 dinars on average per company, which is really important. And the most common fraud is that of embezzlement, that is to say, the basic fraud.

Under these conditions, is it possible to reduce fraud?

Fraud cases must be minimized. Therefore, it is important to develop tools to meet this challenge. If the number of fraud operations was 2000 in 2013, we would like it to be 600 in 2014, that is to say, down 40%. But we would never reach zero fraud. It is impossible.

What is the role of the private sector in this process?

The private sector must implement all the necessary tools and must be convinced that fraud affects the whole community. It is an act of destruction of the entire economy.